Where to find the world’s best sandwiches

Bread, filling, simple, right? Kitchens from Paris to Tel Aviv have done great things with the humble sandwich. We asked experts in six cities where they go for their neighbourhood sandwich fix… 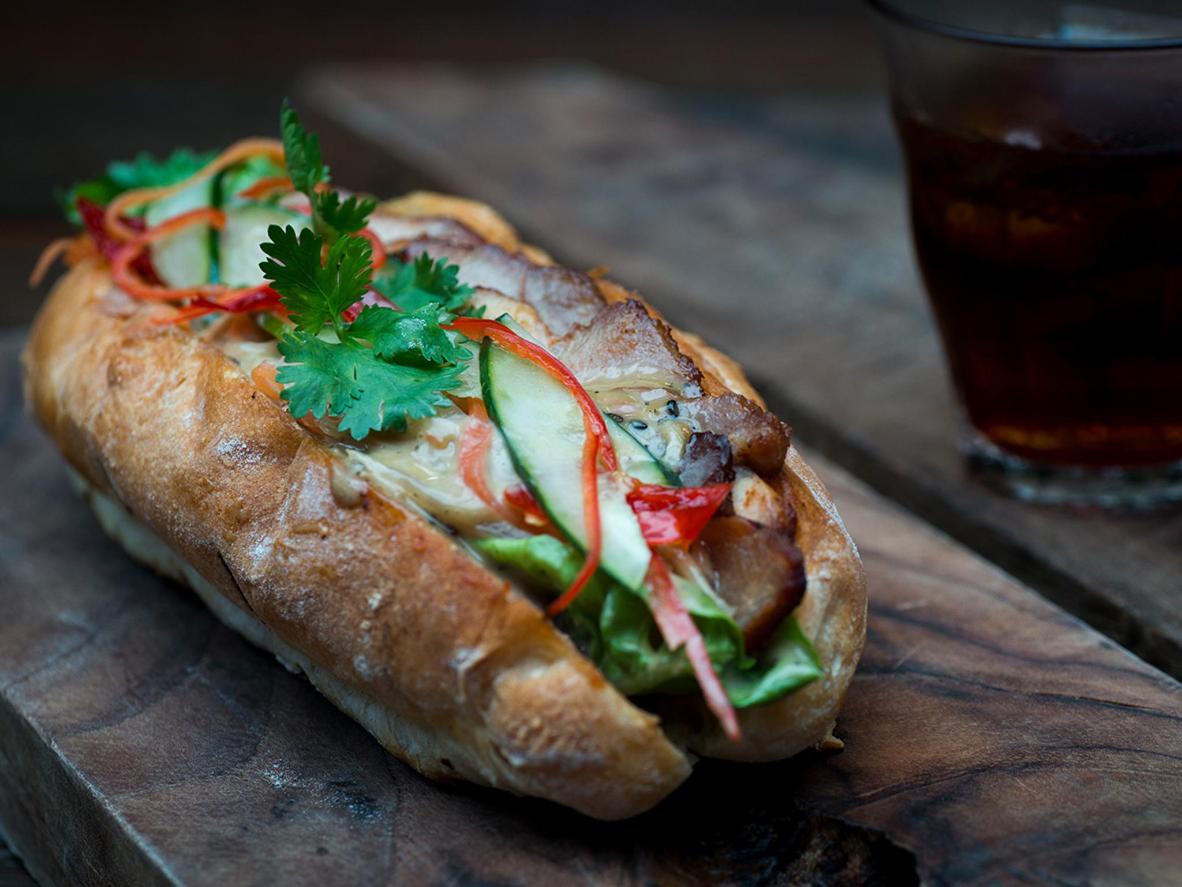 Banh mi bring together two sides of Vietnamese cuisine – the local and the French – in one delicious package. Crusty baguettes are stuffed with local specialities (pork belly and mayonnaise is the classic), sold by an army of Ho Chi Minh City’s street vendors.

Laure Duval, manager The Common Room Project hostel, has a favourite vendor, but his route is a mystery. If you do track this elusive chef down, then go for the lemongrass sausage option, which Laure says is ‘banhmilicious’! If you’d prefer your lunch to be less of a treasure hunt, then Vivian Dinh of the Alagon D’Antique Hotel & Spa loves Banh Mi Huynh Hoa, just 10 minutes from the hotel, because its buns always have that fresh-from-the-oven aroma. 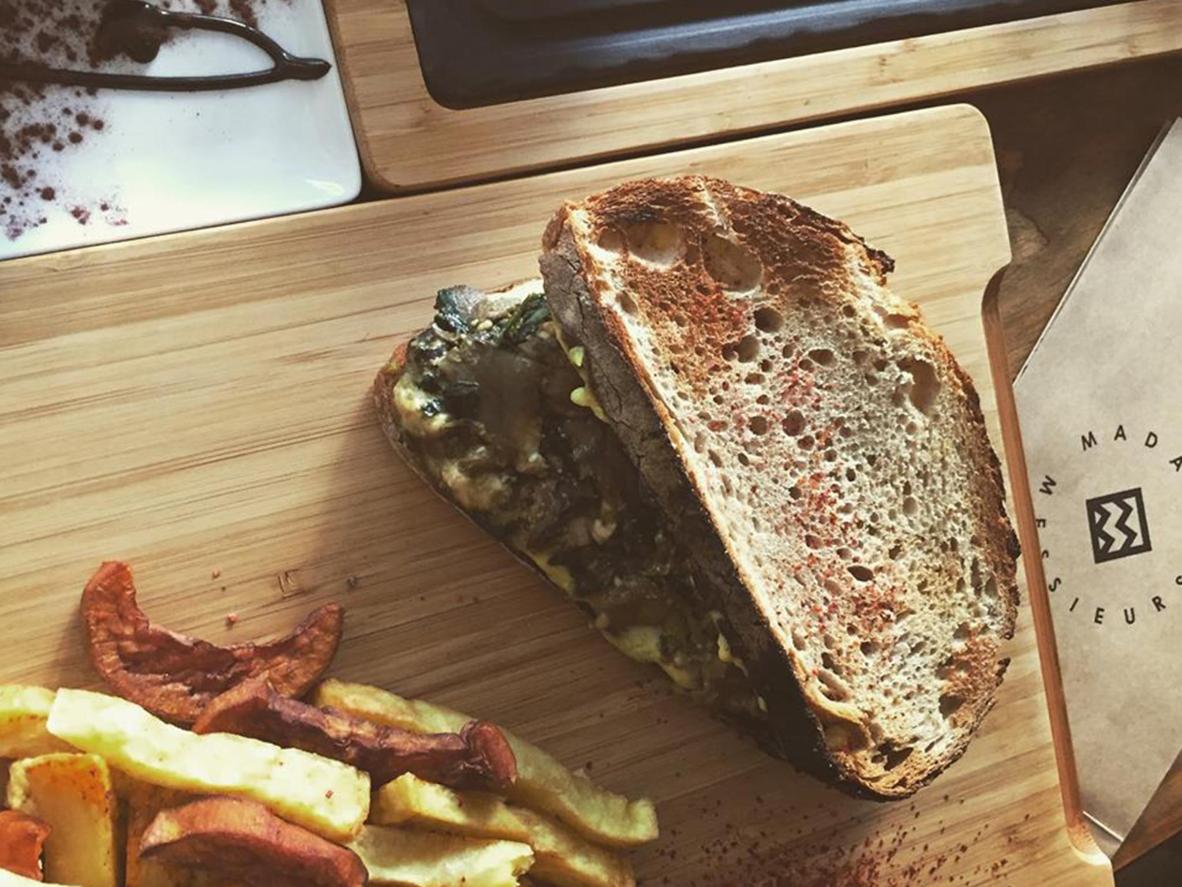 Nowhere but France could the cheese ’n’ ham sandwich be a culinary institution. No two Parisian brasseries cook the same version – grilled or fried? Gruyère or Emmental? Jessica Albert, executive assistant at Hôtel Adèle & Jules, thinks she’s tasted the city’s best. Head to the tiny suntrap of a terrace at Madame Messieurs, where they’re very serious about le sandwich.

Their website is divided into ‘croque monsieurs’ and ‘not croque monsieurs, but good anyway’, and they do versions as sacrilegiously delicious as the curry sauce, pineapple and guacamole croque. For the classic ‘Parisian style’ version, Adrien Gloaguen, owner of Hotel Panache in the city’s vibrant 9th arrondissement, heads to new brasserie Le Gramont, whereas Benjamin Camus-Durand, head concierge at Le Roch Hotel & Spa, thinks Sébastien Gaudard’s famous pastry shop is ‘the place to eat the best croque monsieur’ in the capital. There’s only one way to find out.

The best smørrebrød in Copenhagen, Denmark 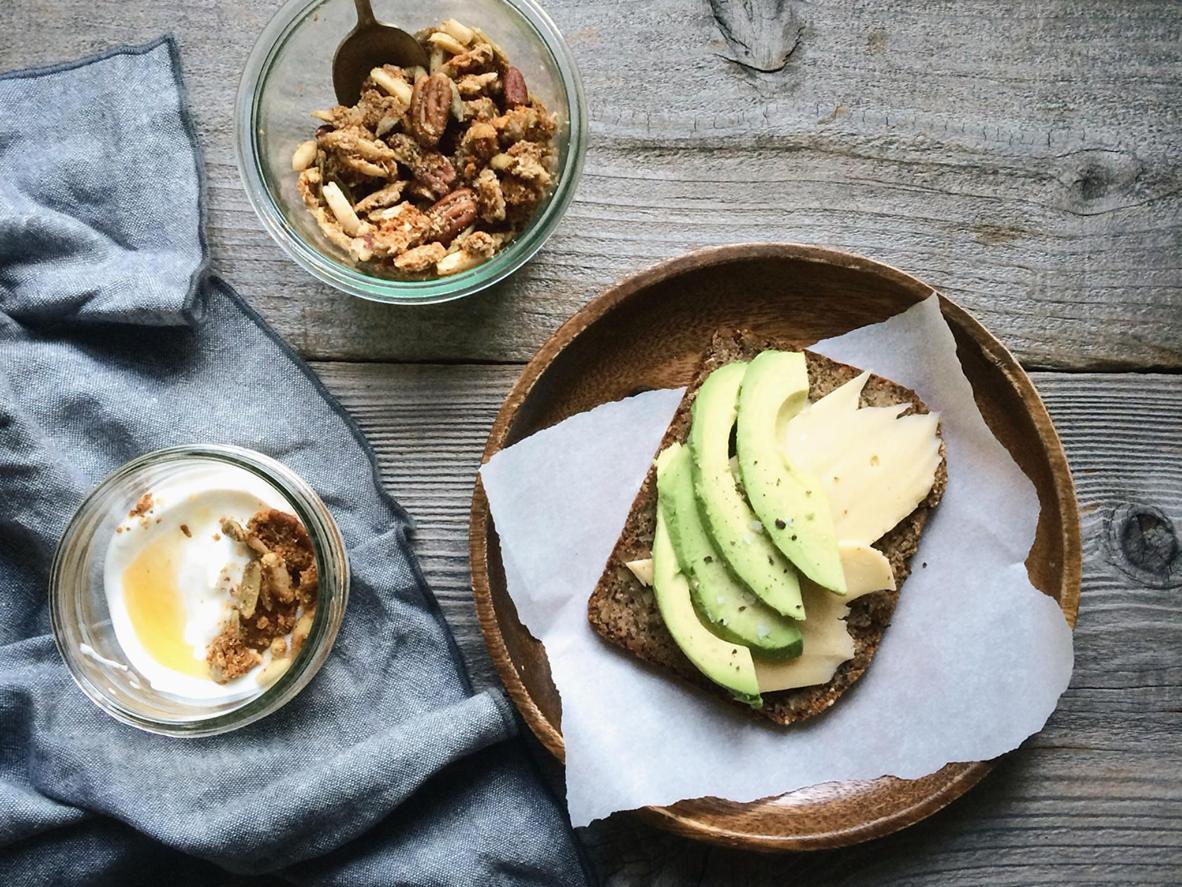 Din Nye Ven means ‘your new friend’ in Danish and it’s that kind of warmth that makes this rustic, down-to-earth spot a favourite with Lise Genius of Hotel SP34. That and its delicious smørrebrød – the rye bread open sandwich Danes like to top with everything from pickled herring to smoked cheese.

Lise’s go-to topping is ‘avocado, tahini, cucumber, lemon, roasted almonds and sesame seeds’, but it’s the charm of the owners that keeps her coming back. (They serve ‘coffee, beers and love in cups’, she says). And don’t miss another authentic Copenhagen feast – piled-high smørrebrød with a shot of fiery schnapps. Martin Hansen, manager at family-run boutique hotel Ibsens, thinks this is the true taste of Copenhagen. He recommends the traditional Schønnemann restaurant and its 110 varieties of smørrebrød. 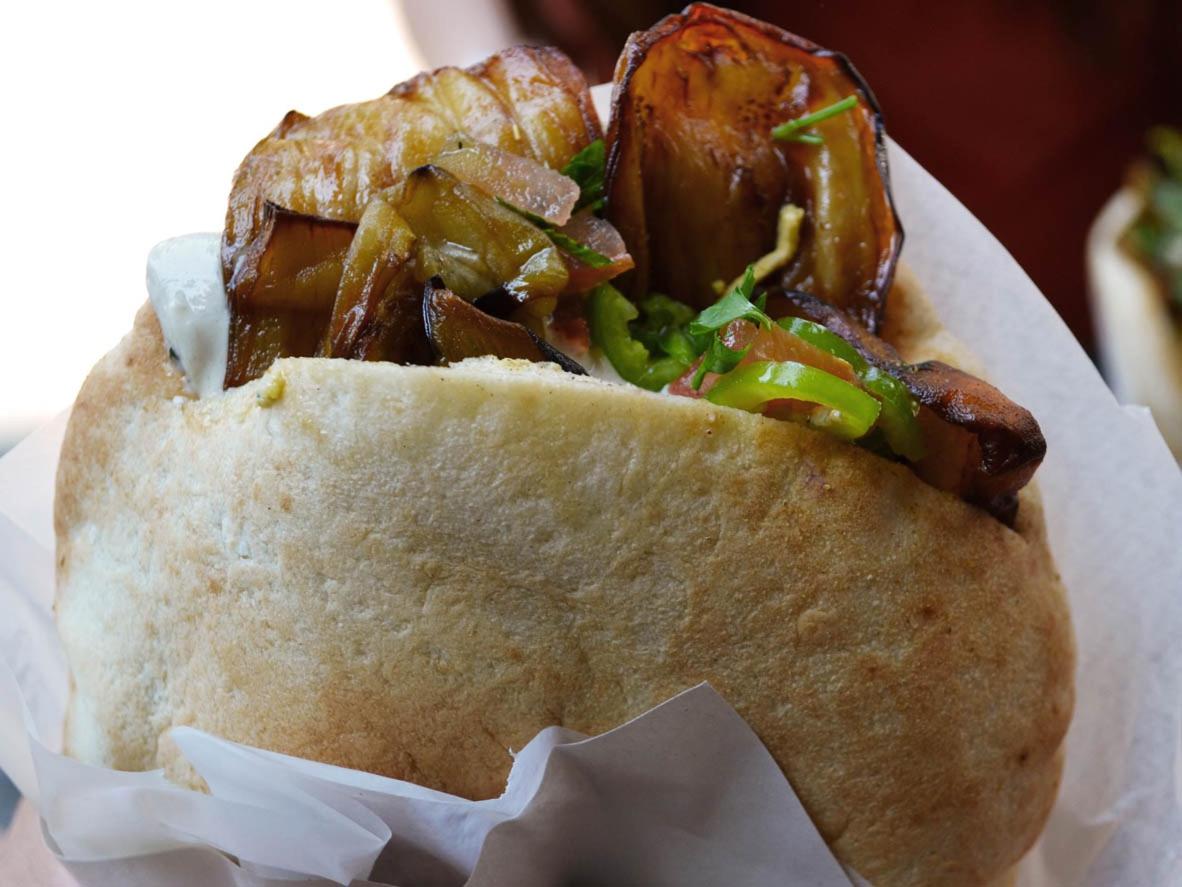 Roll over falafel, there’s a new pita partner in town. Sabich isn’t new actually, this spiced-up mix of fried aubergine, hummus, tahini and boiled eggs has been around since the 60s. We asked four experts to point us to the best sabich. Limor at eco-friendly Florentin House, Leora Brisblat from the deluxe Norman, Liron at the beachfront Promenade Art and Omri Shmilovitz from boutique hotel Brown TLV Urban all plumped for Sabich Frishman on Frishman Street. That’s no surprise, as this tiny kiosk is a bit of a legend. Owner Dani regales his 24-hour queue of hungry customers with tales of culinary lore; its spice mix is a much lusted-after Tel Aviv secret. 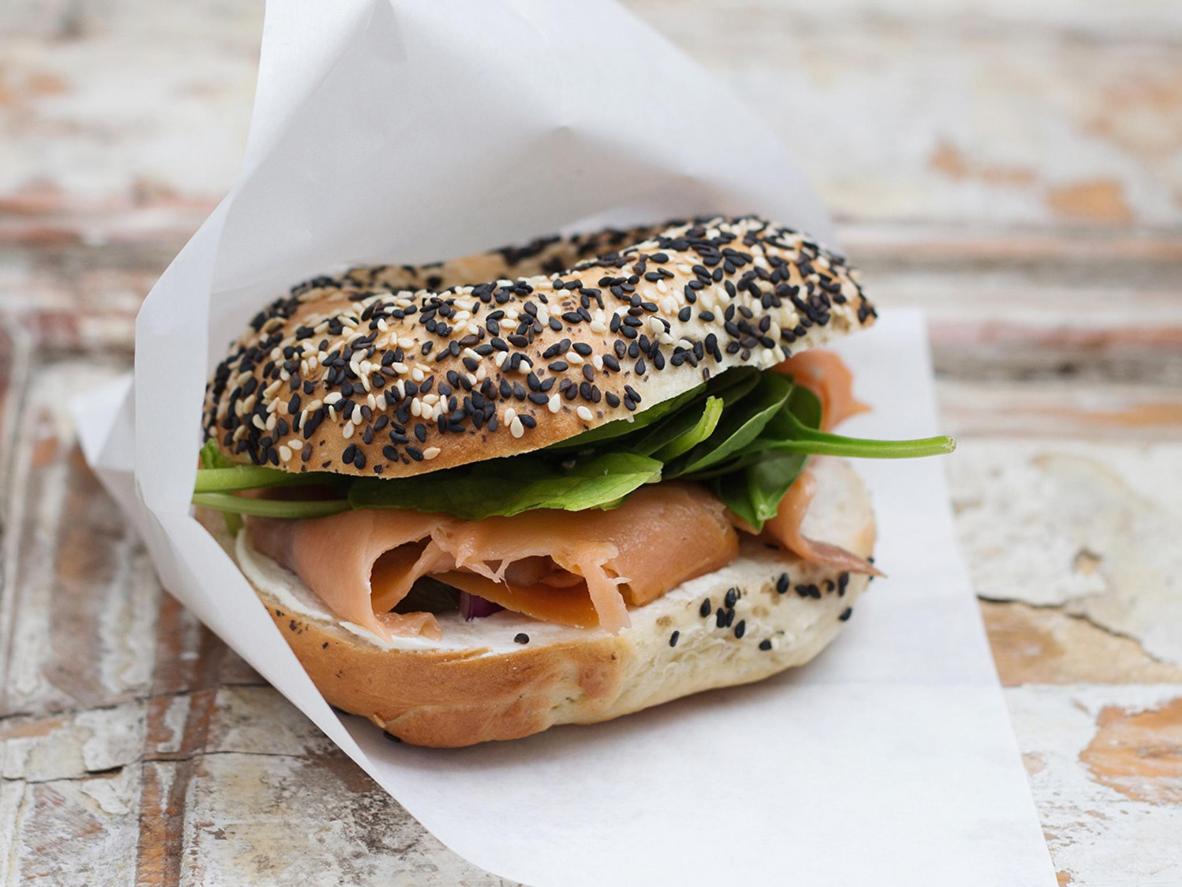 If there’s one Yiddish phrase all New York foodies know, it’s ‘lox and a schmear’ (smoked salmon and cream cheese). It’s the classic way to serve the little sandwich that keeps the Big Apple running. Helen Chiang, concierge at The New York Edition, loves Lower East Side cafe Russ & Daughters, which has been serving generations of hungry New Yorkers since 1914.

Ginger Pierce is chef at 1 Hotel, just off Central Park, and is an expert on these boiled-then-baked rings of dough. She cooks hers in a wood-fired oven for an extra-smokey bite. When she clocks off, she heads to the East Village’s Black Seed Bagels. Hand-rolled and boiled in honey water for extra sweetness, Black Seed’s bagels come in unexpected combos such as ricotta, apple and honey. 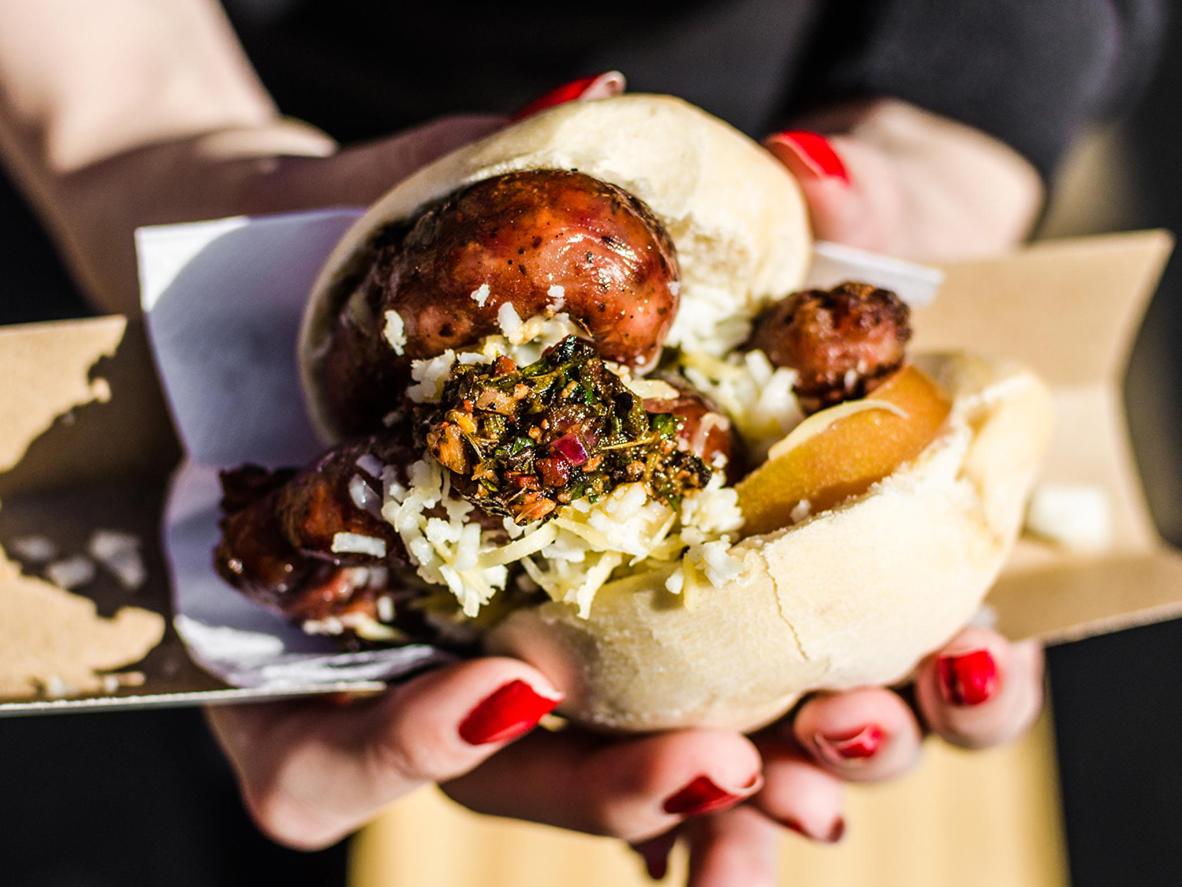 Wherever you go in Buenos Aires, there’s an aroma of rich, spicy meat rising from little street carts. These are sellers of the city’s best-loved snack – the choripan. The equation is simple: chorizo, pan (bread) and a dash of fiery chimichurri equals choripan.

Unsurprisingly in Argentina, it’s the quality of the meat that sets the sandwich apart and, for the best of the best, Maximiliano Ingerflom from the Algodon Mansion hotel says you can’t beat restaurant Piegari Carnes. It’s renowned for ageing all its own meat in the basement, as well as for a pretty view out over gardens, so both your choripan and the setting should be perfect.