Travel is often associated with change and rejuvenation. So for travellers seeking new beginnings, we decided to look into the destinations around the world that have recently enjoyed something of a renaissance themselves. Thanks to periods of economic boom, artistic injection and favourable political landscapes, these cities have been catapulted into the travel-loving public’s conscience. 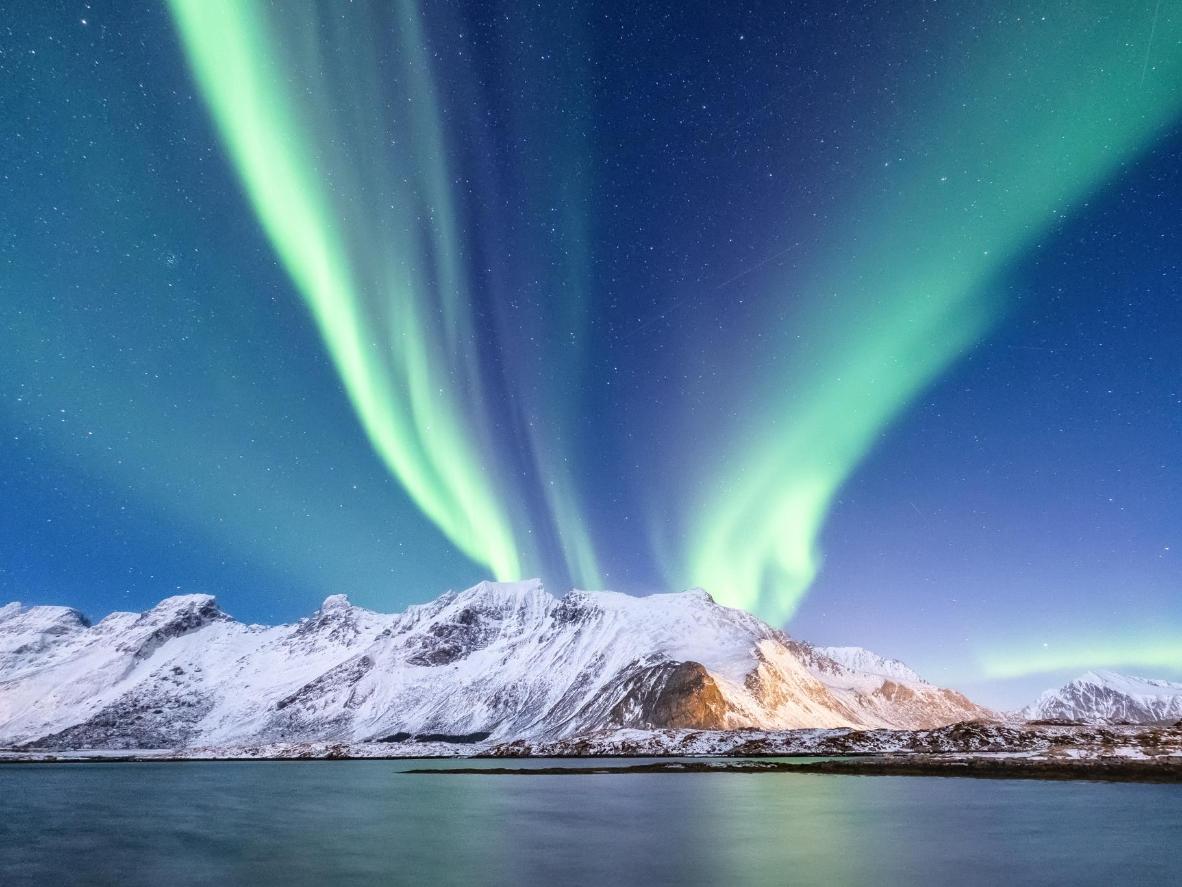 A glittering city in northern Norway, Tromsø is positioned around 400km north of the Arctic Circle. This polar citadel has seen droves of tourists flock to its snowy streets in recent years – back in the winter of 2008/09, the city had around 36,000 visitors – by 2016/17 this figure had risen to 194,000. Wedged between the Lyngen Alps, the city is built on Tromsøya island and strung along a glacial, blue fjord. It’s a chilly winter picture, made all the more spectacular when the sky is illuminated by the Northern Lights. Visit between November and January for the best chance to see these celestial waves of bright emerald light at night, though the daytime provides plenty of distractions, too. Stop by the world’s northernmost botanical gardens, and pop by the Olhallen (Beer Hall), the city’s celebrated brewery, which serves a medley of Norwegian craft beers. Then, visit the wonderfully grungy Blå Rock Café for a burger. Finally, spend the night at Tromsø City Apartments – ideal for those that love Scandinavian style. 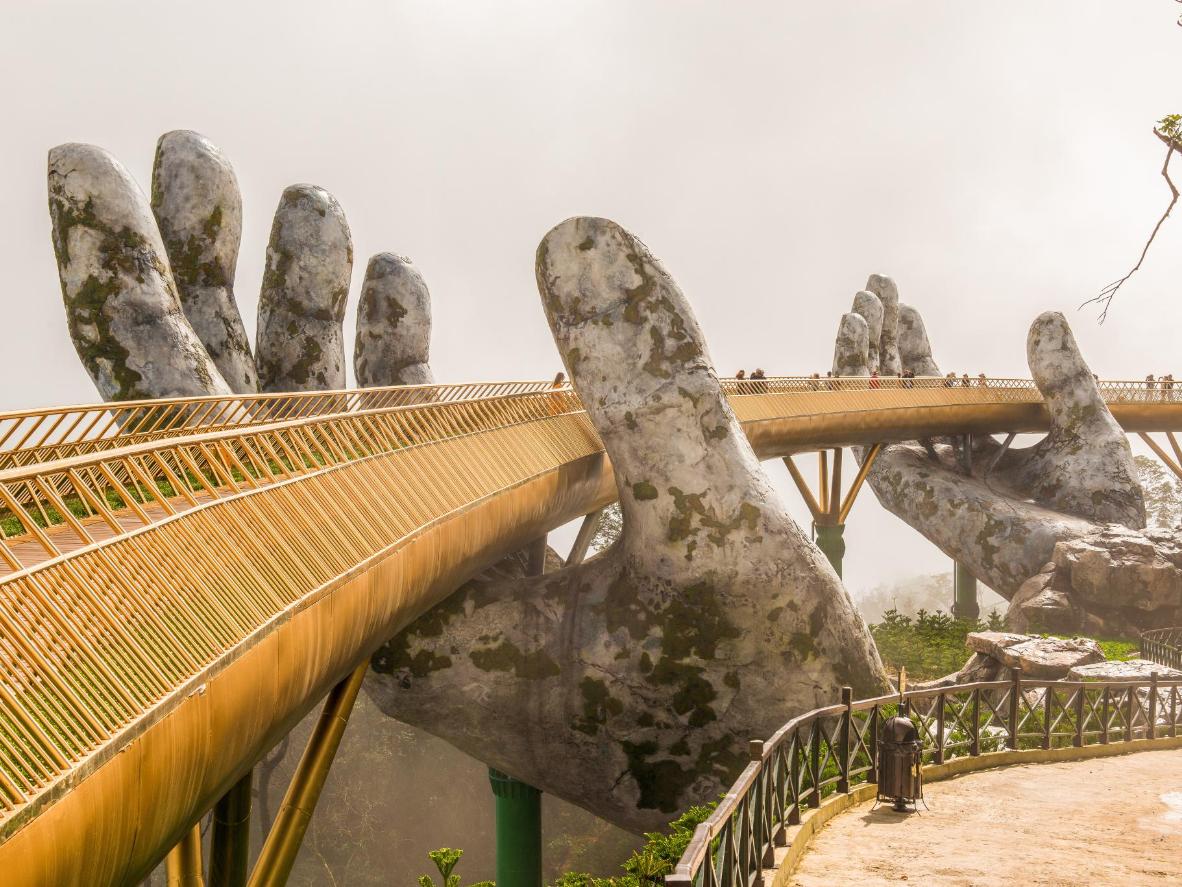 Da Nang has a range of plaudits to its name; it’s one of Vietnam’s largest cities and is home to some world-class beaches. But recently, it has also emerged as one of Southeast Asia’s tech hubs and is already being dubbed the region’s answer to Silicon Valley. Recent waves of investment have included new urban planning initiatives such the residential D-City, an influx of modern hotels and amenities, and infrastructure improvements – one example is the the 150 metre-long Golden Bridge, opened in 2018 and shaped in a way that depicts two giant hands grasping the walkway in the Bà Nà Hills. Explore the city’s labyrinth of back streets, past locals eating al fresco on flimsy plastic chairs and tables. Here, you’ll come across some of the country’s best food – crispy banh xeo with pork skewers at Ba Duong, or mi quang, a half noodle soup/noodle salad that is a speciality of the area. When you’re full, don’t miss the bay views of the Dragon Bridge, before retreating to the luxurious Santori Hotel Da Nang Bay. 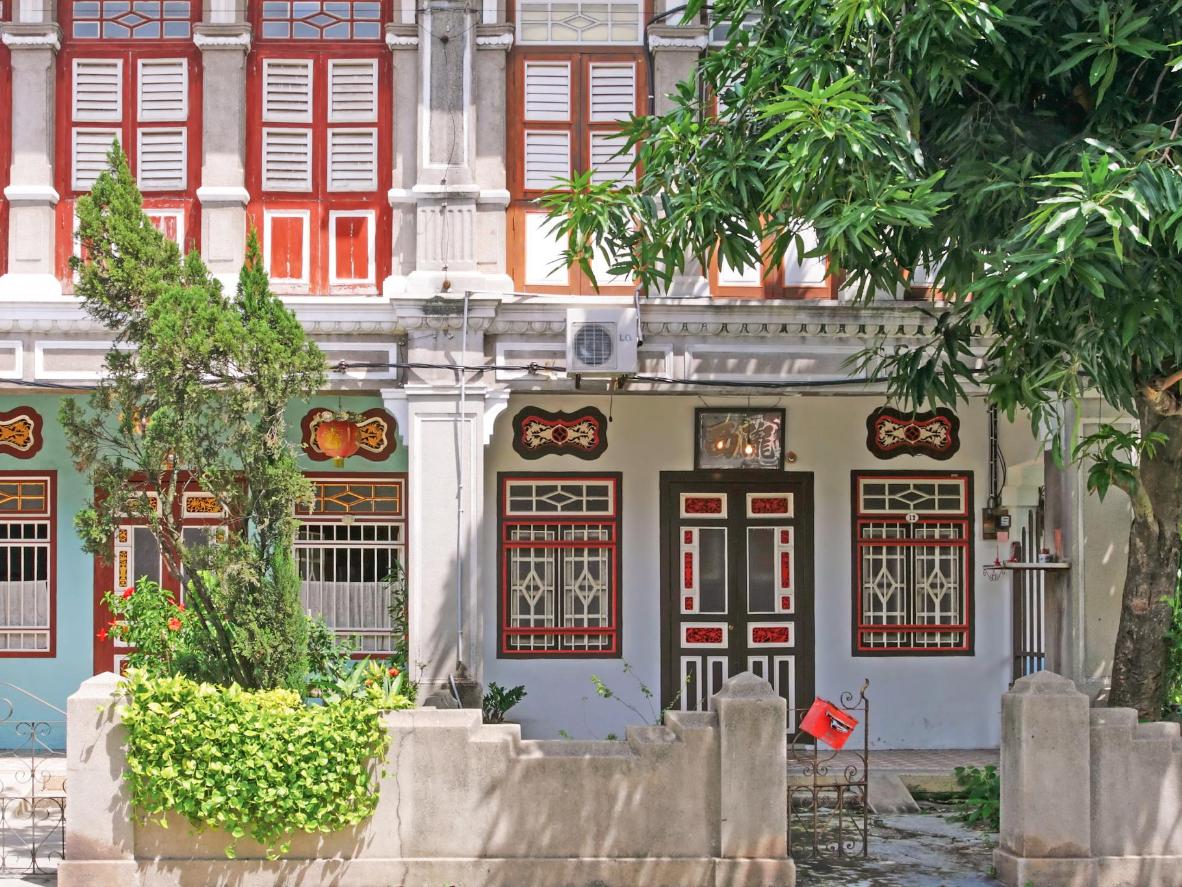 Ornate Peranakan townhouses can be found throughout George Town

The colourful, heritage capital of the Malaysian state of Penang, George Town, is great for those in search of history and grand architecture. Home to a population that spans three ancient cultures, the city is a visual feast of arched and ornate Peranakan townhouses, art deco-style banks and colonial mansions, alongside an increasing number of skyscrapers. Have a wander down the street of Jalan Kapitan Keling, and you’ll find a temple, church and mosque all huddled next to one another – an illustration of George Town’s multicultural fabric. Its rising status has been helped by its prolific street food scene – influenced by Malay, Chinese, Indian, Peranakan, Thai and European cultures. Try the sour asam laksa, a steaming stir-fried noodle dish called char koay teow, a flavourful nasi kandar or a banana leaf meal in the Little India district. Grab something to go and head up Penang Hill at dusk for fine vistas of the city. Continue to immerse yourself in George Town’s distinct style with a stay at Jawi Peranakan Mansion. 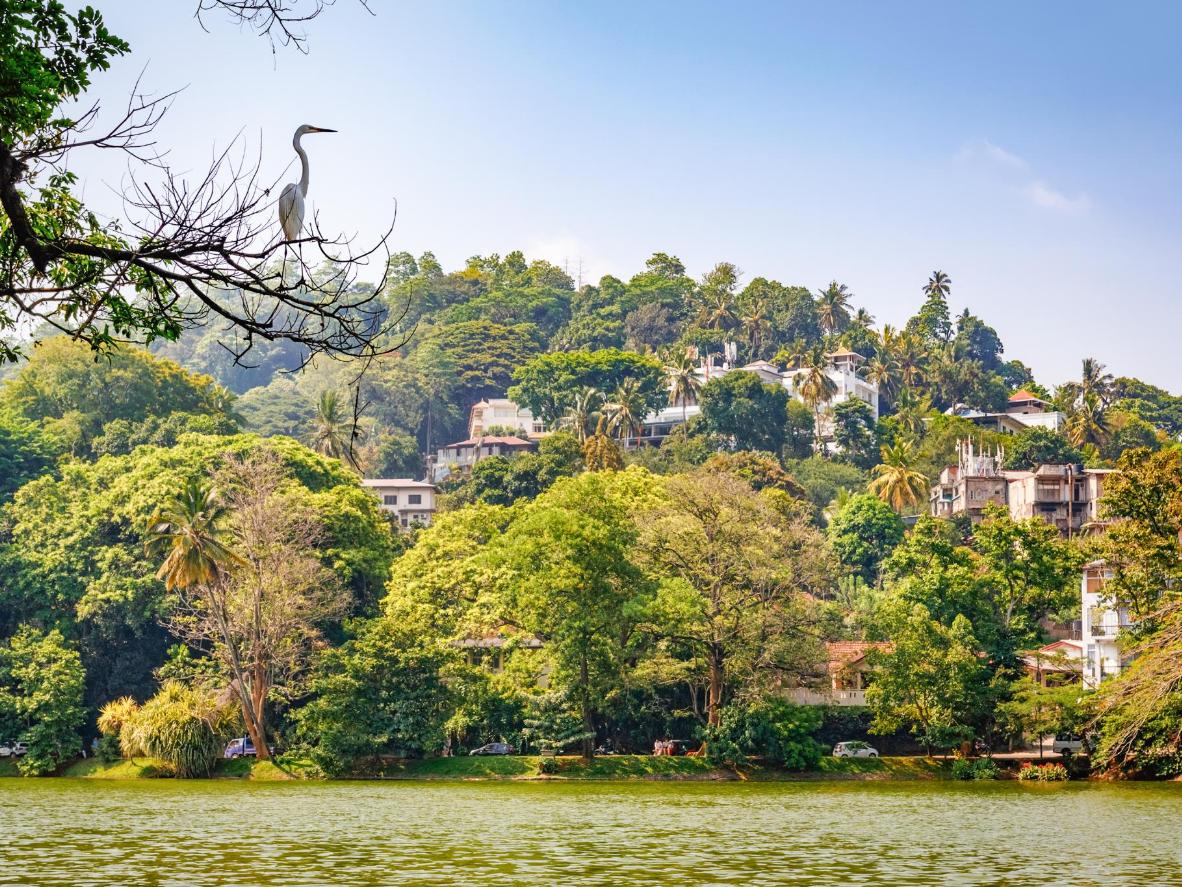 You’ll find Sri Lanka’s second-largest city in its perennially misty Hill Country. Having rebranded itself as more than just a stop off for those in search of bountiful nature, World Bank-funded urban initiatives are helping Kandy evolve into a sustainable and modern city, including a proposed highway connecting Kandy with the capital, Colombo. More recently, it has served as the home for international book fairs, sports tournaments and exhibitions. Anointed UNESCO World Heritage status and cloaked in swathes of emerald foliage, Kandy has eternal appeal – having once been the capital of the country’s ancient kings. Colourful homes jostle for space in the centre, while trees border the calm Kandy Lake. There’s a quiet atmosphere of the sacred in these parts, and you’ll get a further taste for this at the World Buddhism Museum or when sipping on a fragrant brew at the Ceylon Tea Museum. Festivities are never hard to find, however; try a local Kandyan dance and drum show along the lakeshore. Stay at The Radh Hotel, a central, boutique property close to the Temple of the Sacred Tooth Relic. 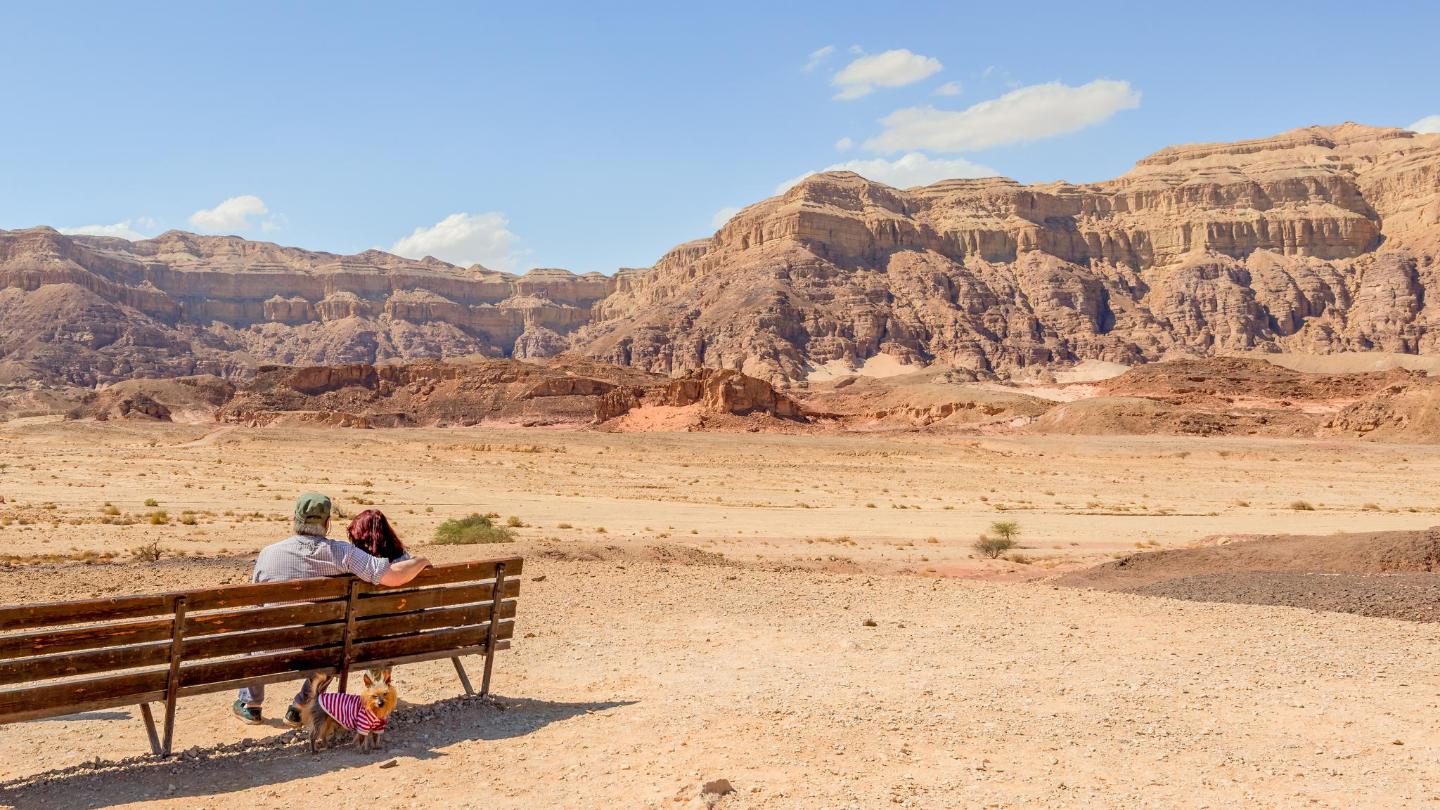 A thriving port and resort town, Eilat has long been the haunt of sun-seeking Israeli families. But Eilat’s rising startup scene is helping to mould the city and the Negev region into a more innovative and interesting space. Travel technology is thriving here, which goes hand-in-hand with the imminent opening of an international airport and increasing number of hotel rooms. Coming to Eilat, the beaches are the obvious draw (and snorkelling and diving in the fringing coral reefs). However, it’s the surrounding swathes of desert scenery and the world’s oldest copper mines (just north of the city in Timna National Park) that make it such an appealing destination. And you’re only a drive or a bus ride from the ancient archaeological site of Petra. Heading back to Eilat when the day’s over, catch it in its prime – a dusty metropolis home to glorious sunsets and an increasing number of quality eateries (Whale is one spot). Stay at the relaxed Dayos Unique Suites.