Travel is often associated with change and rejuvenation. So for travellers seeking new beginnings, we decided to look into the destinations around the world that have recently enjoyed something of a renaissance themselves. Thanks to periods of economic boom, artistic injection and favourable political landscapes, these cities have been catapulted into the travel-loving public’s conscience.

Starting a series of articles with the UK, these are the global cities increasingly sought out by British travellers.* 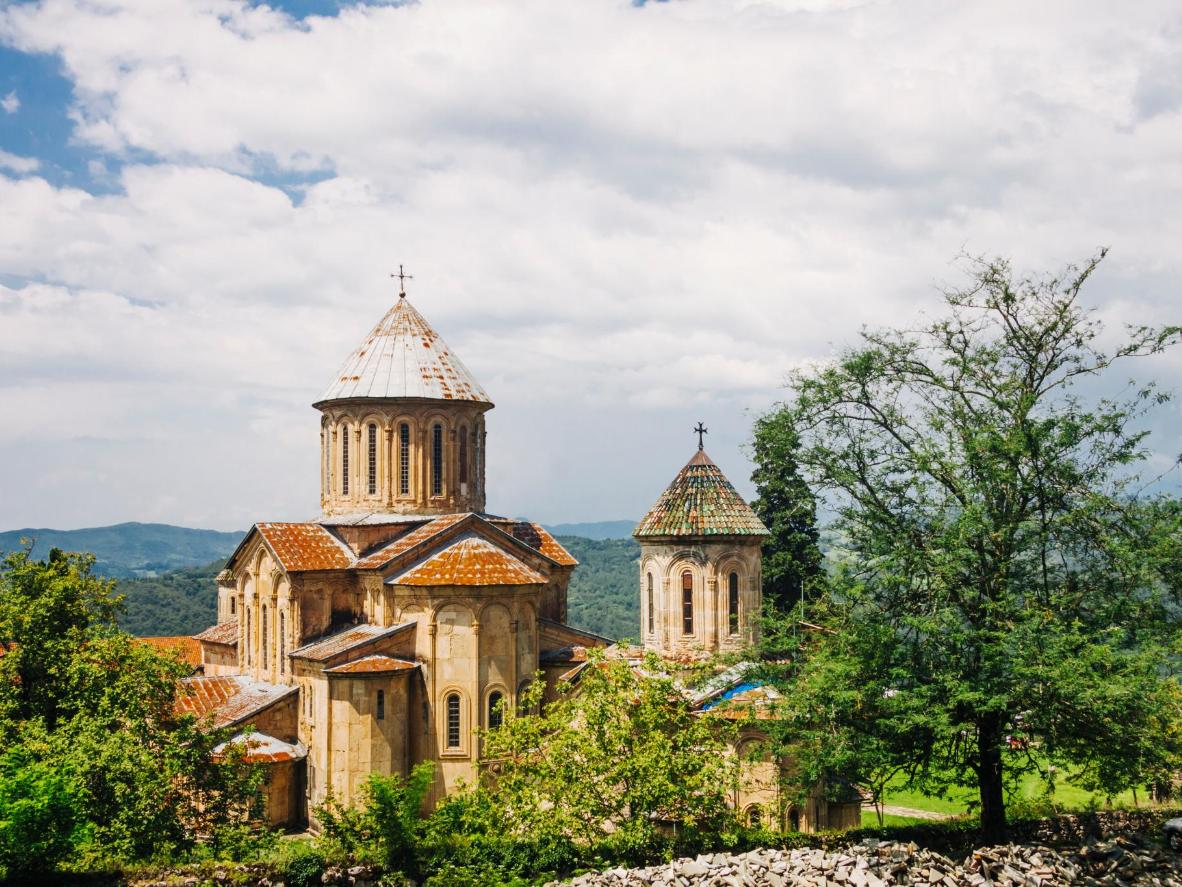 Having once served as the capital of several historical kingdoms, Kutaisi is now considered to be Georgia’s second most important urban centre after Tbilisi. Spectacularly positioned along the banks of the Rioni River and backed by the Northern Imereti Foothills, Kutaisi already looks the part. One of the city’s major landmarks is the Bagrati Cathedral, an 11th-century masterpiece of Georgian architecture with brilliant turquoise turrets.

Admire the city’s ancient town, too, before heading down into Kutaisi’s covered market for local treats such as ‘churchkhela’, a sausage-shaped sweet made of nuts and chocolate. Beyond the food, Georgia’s winemaking scene means a visit to one of the many Imeretian wineries nearby is a worthy trip. And for adventurous types, the soaring Okatse Canyon and cerulean waters of Martvilli Canyon will appeal, being ideal for lazy canoe rides. At the end of the day, the riverside Solomon hotel makes a central and stylish stay. 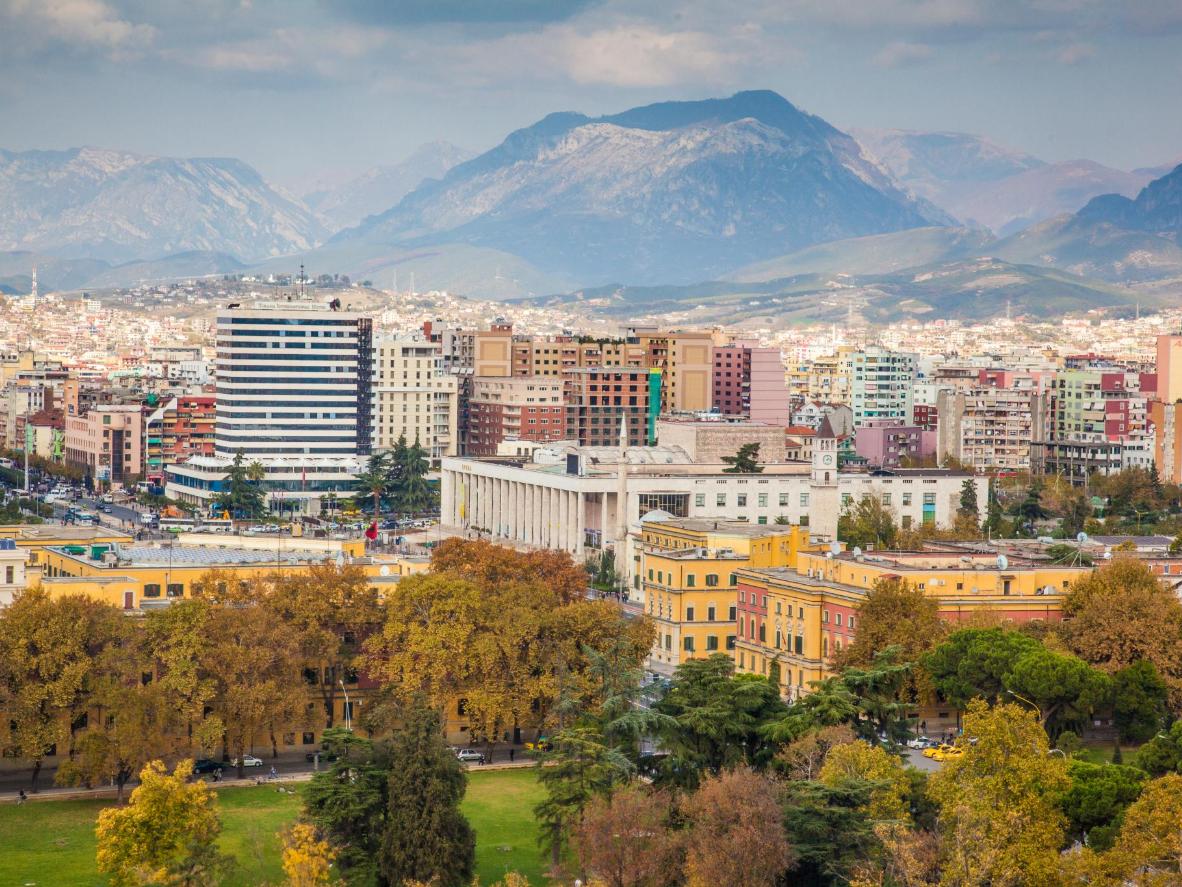 Tirana is making moves to become a truly kaleidoscopic city

The Albanian capital has been undergoing a steady transformation in recent years and travellers are starting to notice. A rhythmic city, Tirana was transformed in the early 2000s with a plan to paint the town in a series of bright colours. Now, an initiative called Tirana 2030 – the vision of a truly ‘kaleidoscopic city’ – will take this transformation further, through an urban planning scheme that will organise the city based on themes and projects. Parts of the process are already on show, with sleek boulevards and pedestrianised open spaces starting to appear. Tirana today is a swirling atmosphere of pan-European influences, with Italianate villas, Ottoman-era cobblestones and feverish markets all scattered throughout its patchwork of buildings. Take in its street art scene, stop by the city’s concrete Pyramid for a picture at the top and while away an afternoon in the upbeat Blloku neighbourhood. Stay at Areela Boutique Hotel, with its bright, modish interior exemplifying the city’s new look. 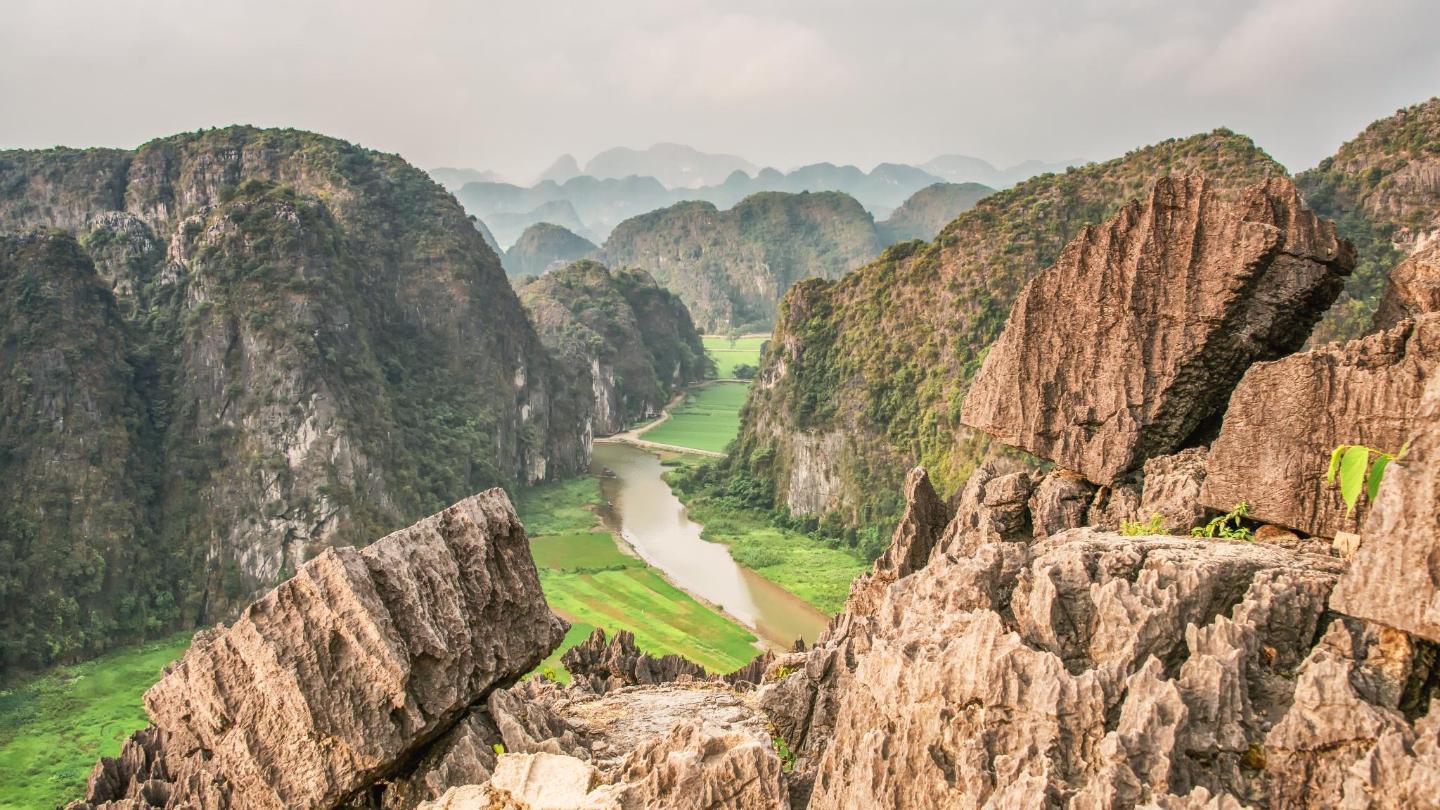 While the majority of visitors to Vietnam traditionally tend to flock to Ha Long Bay and Hanoi in the north, Ninh Binh is no longer skirting the peripheries of travellers’ itineraries. This small city is a gateway to quintessentially Vietnamese scenery, natural spectacles and ancient sites.

Built aside the sage-green waters of the Red River Delta, Ninh Binh is circled by karst mountains and colossal monoliths, with flowering foliage clinging to rockfaces in an almost exterrestrial landscape. The area’s raw natural beauty is at its best in the scenic areas of Tràng An and Tam Cốc. Renowned for networks of caves and winding rivers, the cinematic landscape here is often dubbed the ‘Inland Ha Long Bay’.

Sail along the river and admire the velvety carpet of greenery as you chance upon cavernous hollows that include Dong Thien Ha – a 700 metre-long subterranean corridor with spidery rock fissures and bat colonies. Float home beneath a crushed orange sky and past sleepy water buffalo grazing on the shores towards Nguyen Shack. 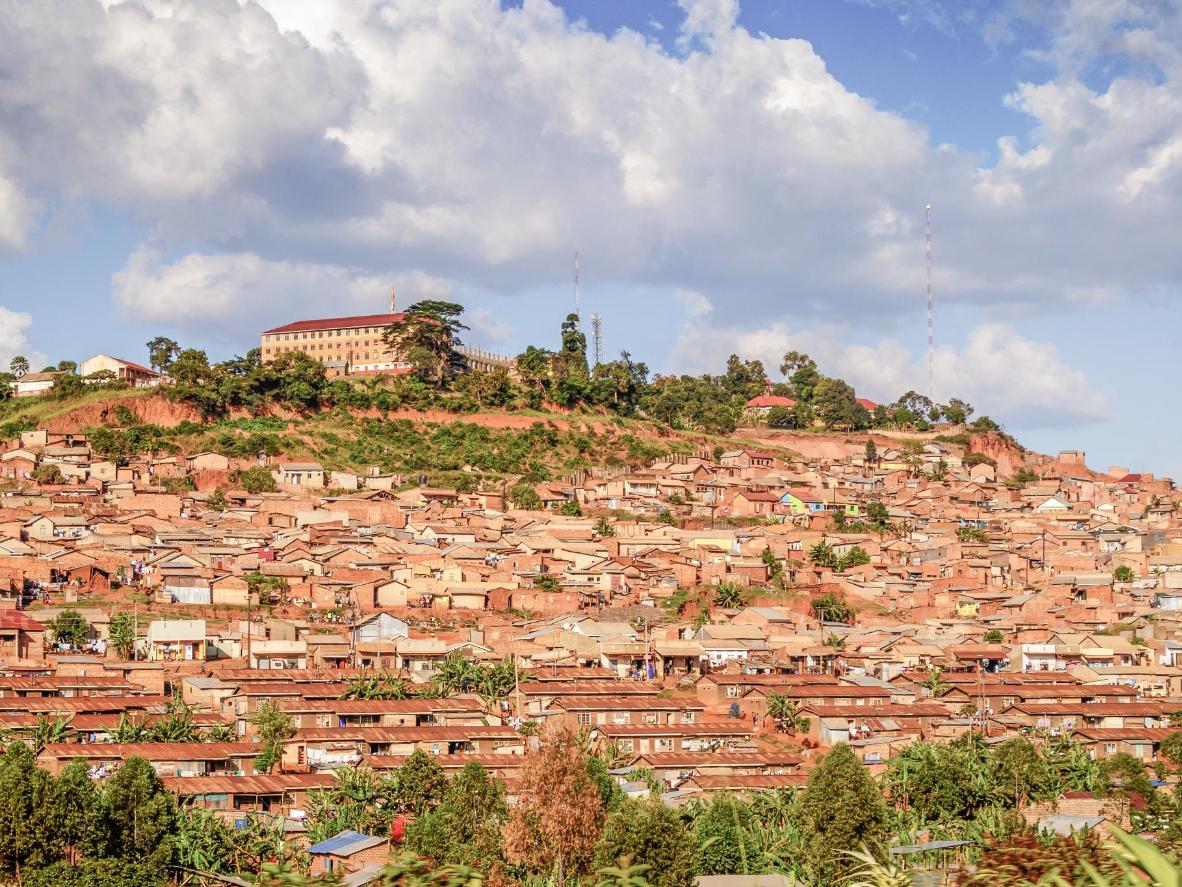 Admire the red-tiled roofs of the city

The Ugandan capital is on the rise. Dynamic, cosmopolitan and cultured, it has more recently featured in lists ranking it as one of the world’s fastest growing cities and one of the best places to live in East Africa. To begin your exploration, head up to the domed Uganda National Mosque located on Kampala Hill. Here, you’ll be handed a fantastic view of the sprawl of red-tiled roofs ducking under newly built skyscrapers.

For those in search of Uganda’s food and market culture, pay a visit to the chaotic and carnival-like Owino Market; try Kampala’s signature snack the ‘Rolex’ – a fried egg mixed with tomato, onion, cabbage and peppers and wrapped up in a soft chapati. Next, visit the Ggaba Fish Market along Lake Victoria where traders haggle for the day’s best catch, and passersby stop for fresh fish and salad. It’s an atmospheric experience that distills much of what Kampala is about – energy, commerce and community. Rest up at Mestil Hotel & Residences. 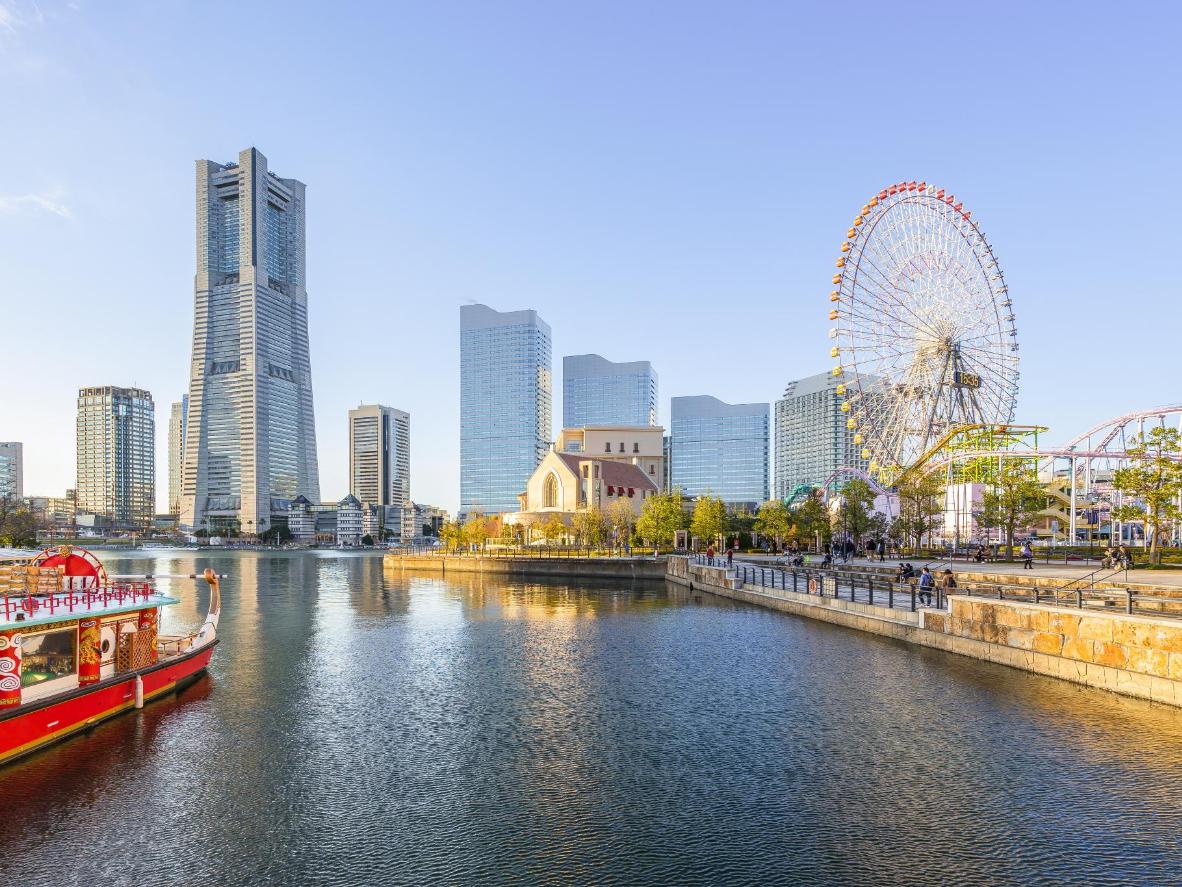 The Cosmo Clock 21 ferris wheel in the Minato Mirai district

In recent years, Yokohama has emerged as more than just an antidote to the hectic environment of the Japanese capital. A 30-minute train ride from central Tokyo and you’ll find yourself in this futuristic city, where wide boulevards feature modern art sculptures and silvery skyscrapers line the bay. And there’s more – humanoid robots have been employed as tour guides for those visiting the Yokohama Landmark Tower. It’s Japan’s second most populous city and a more recent push for sustainability and a long-term vision of improved infrastructure has made it especially appealing as a well-connected base in Japan. It’s also home to the Shin-Yokohama Ramen Museum, a theme park-style recreation of a mid 1900s shitamachi (downtown district) where nine restaurants dish up a medley of steaming and delicious bowls of ramen. The Cup Noodle Museum and Yokohama Museum of Art are equally worthy visits, as is Yokohama’s Chinatown, the largest in Asia. Save time for checking out the cityscape view from the Yokohama Royal Park Hotel.