Around Asia in 5 noodle dishes

Just like its much-loved carbohydrate sister, pasta, noodles come in a variety of different styles depending on where you go. Plan a trip in search of some of Asia’s best noodle dishes – these destinations are a good place to start. 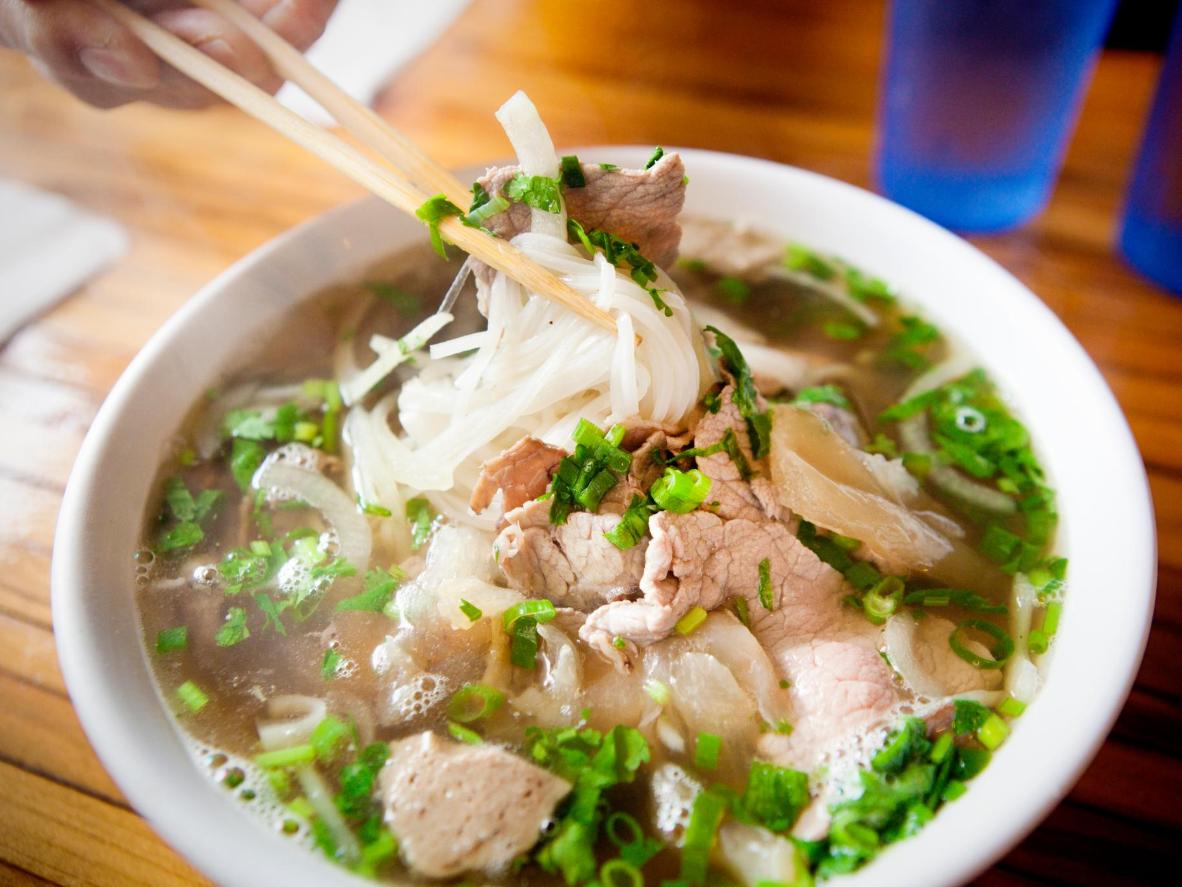 A delicious steaming bowl of absolute goodness, Pho has taken on a stratospheric reputation in recent years. What began on a very basic level as a simple noodle soup is now a global eating trend. And that’s perhaps because it is anything but a simple noodle soup; a piping hot star-anise and onion-flavoured broth is laden down with rare to medium cuts of beef, and long, opaque rice noodles. Topped off with a host of garnishes depending on the regional speciality (northern Vietnam prefers it at its minimal best) such as lime, Sriracha sauce, bean sprouts and Thai basil, this is a noodle dish best enjoyed at any time of the day. While there’s no one place to try pho (there are so many excellent options), your best bet is to try the more inconspicuous eateries, though the queue at popular Pho Gia Truyen in Hanoi is worth the wait. Right down the road is the central Hanoi La Storia Hotel. 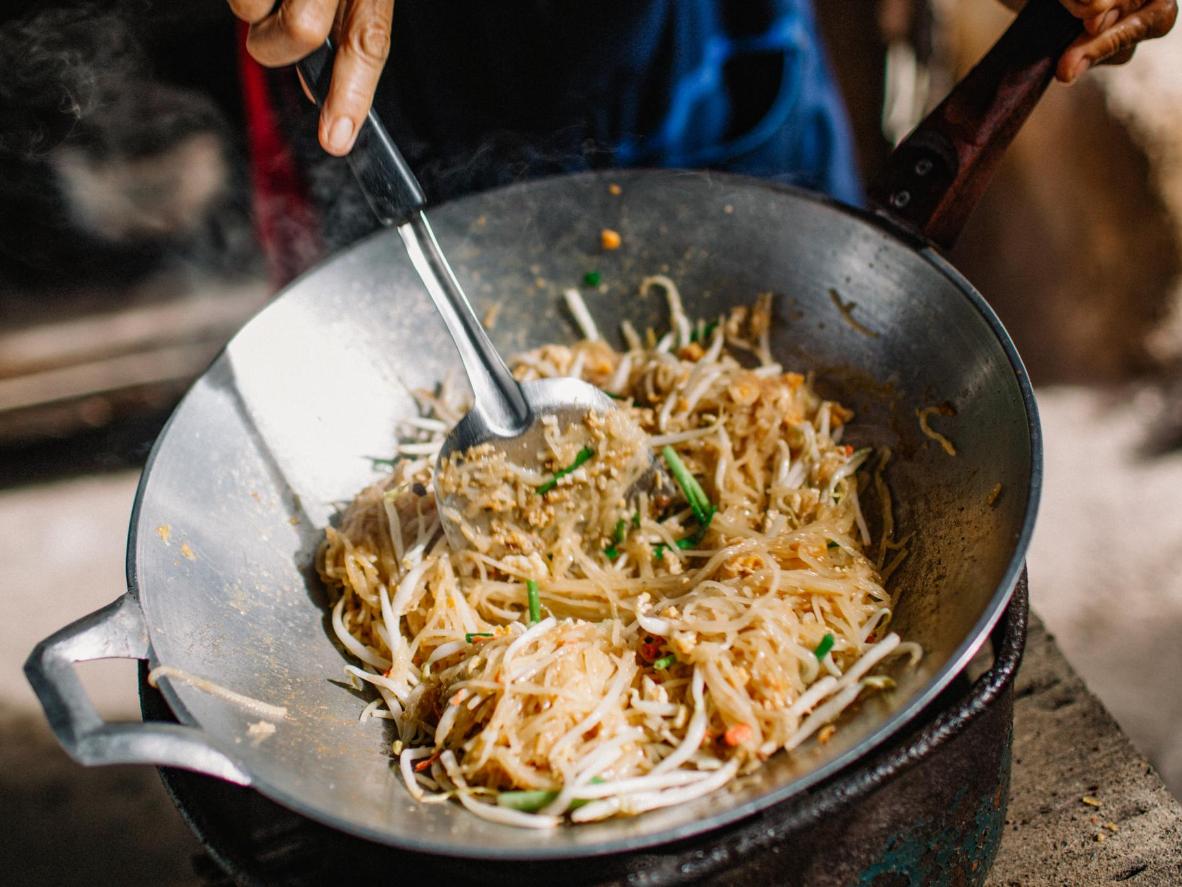 Pad Thai is a stir fried sensation whipped up in moments

Pad Thai needs little introduction having been adopted as a favourite by cities across the world, yet it’s hard to beat the original, whipped up on the streets of Bangkok. A stir fried sensation, firm tofu, juicy prawns, garlic, sweet radish, fish and soy sauce, sugar, tamarind, egg, spring onion and bean sprouts, are all flung together in a searing hot pan for a few minutes, before chopped peanuts are sprinkled over, alongside a drizzle of lime. It’s a dish best eaten in the same style that it is cooked – with gusto. Grab a seat at one of Bangkok’s many streetside establishments such as Thipsamai Pad Thai, which has earned itself an almost reverential following, and opt for something a little more upscale when you stay at Bangkok Publishing Residence. 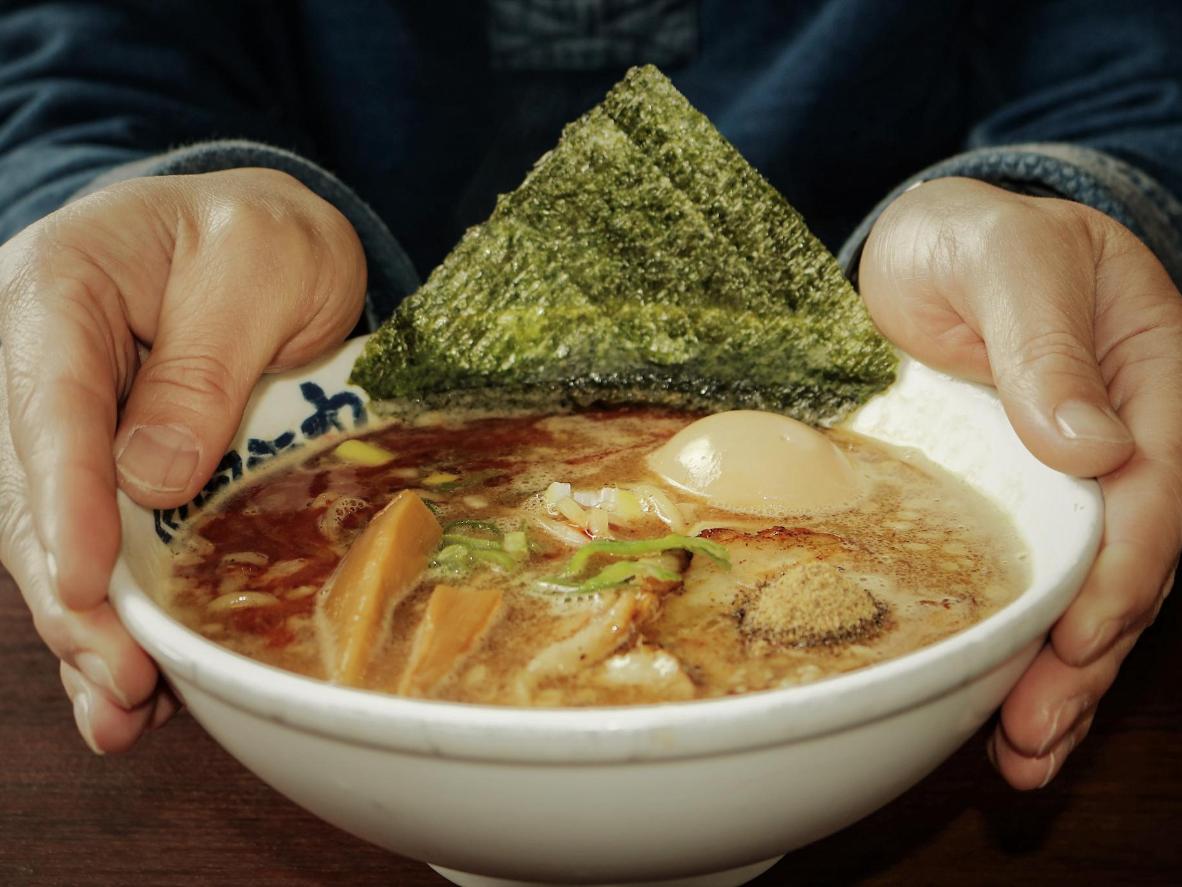 Arguably the most famous noodle dish in the world, ramen’s versatility and affordability has made it much-loved both in and outside of Japan. Its key layers are the broth and the noodles – the four classic types of broth being shio (salt), shoyu (soy), miso (miso) and tonkotsu (pork bone) – while the wheat noodles range from thin spirals, to thicker, more robust noodles that cradle the heavier broths like tonkotsu. And that’s before the toppings are added – barbecued or braised pork, scallions, nori (dried seaweed) and a boiled egg are a few of the staples, but expect anything from corn and crispy duck, to kamaboko (cured seafood roll) depending on the region you end up in. For something different, try the chilli ramen at Karashibimisoramen Kikanbo, and settle the spices at restful Hoshinoya. 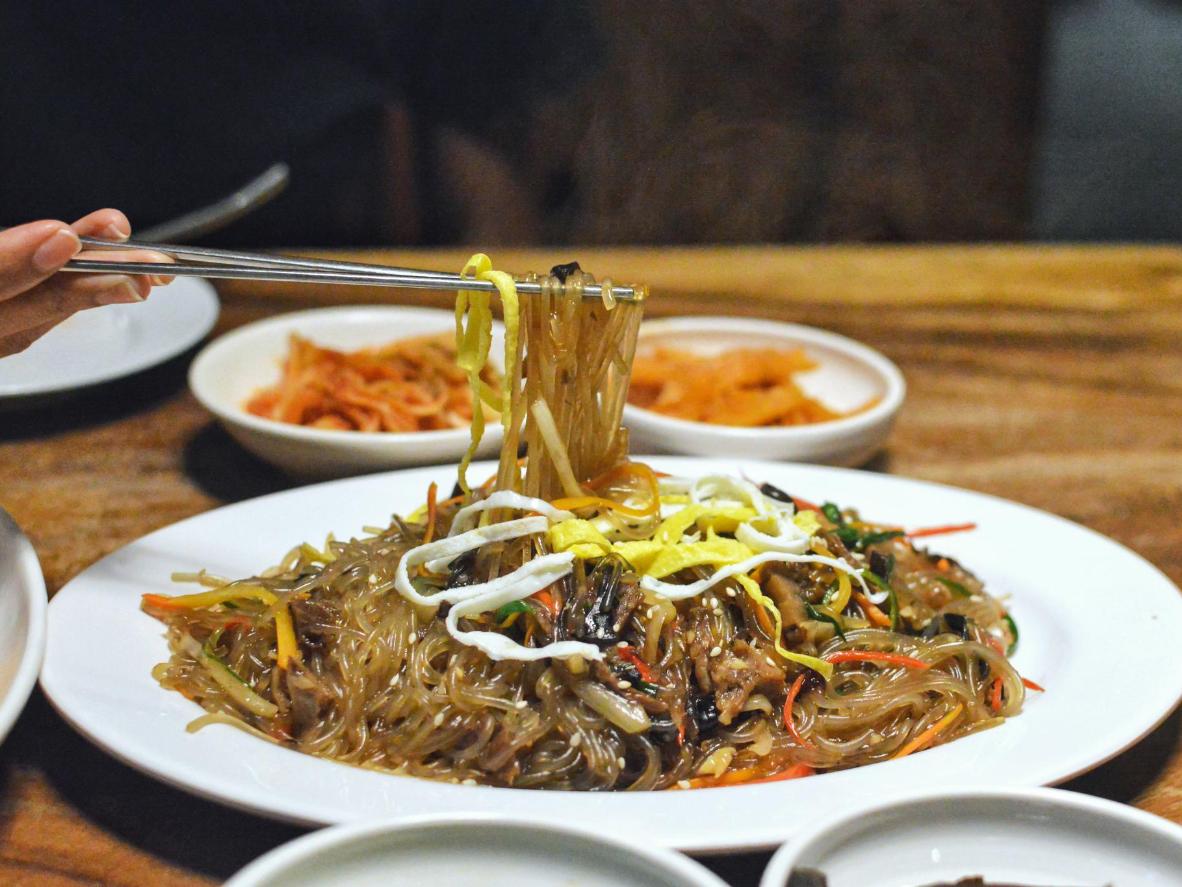 Japchae is served cold and popular during a hot Korean summer

Hot or cold, Japchae is a celebrated Korean noodle dish, that benefits from a medley of sweet and sour flavours, and a combination of a slippery but moreish texture. Legend has it the dish was created for King Gwanghaegun, who liked it so much he promoted the cook to as high as the secretary of the Treasury. Sweet potato glass noodles (known as dangmyeon) are mixed with stir-fried black pepper beef and a range of vegetables such as green onion, mushrooms and pepper, which are then sealed with a combination of soy sauce, sesame oil and sugar, and topped with jidan (egg garnish)..You’ll find this dish all over South Korea, especially on special occasions, so stay near the teeming Kwangjang Market at Lotte Hotel Seoul. 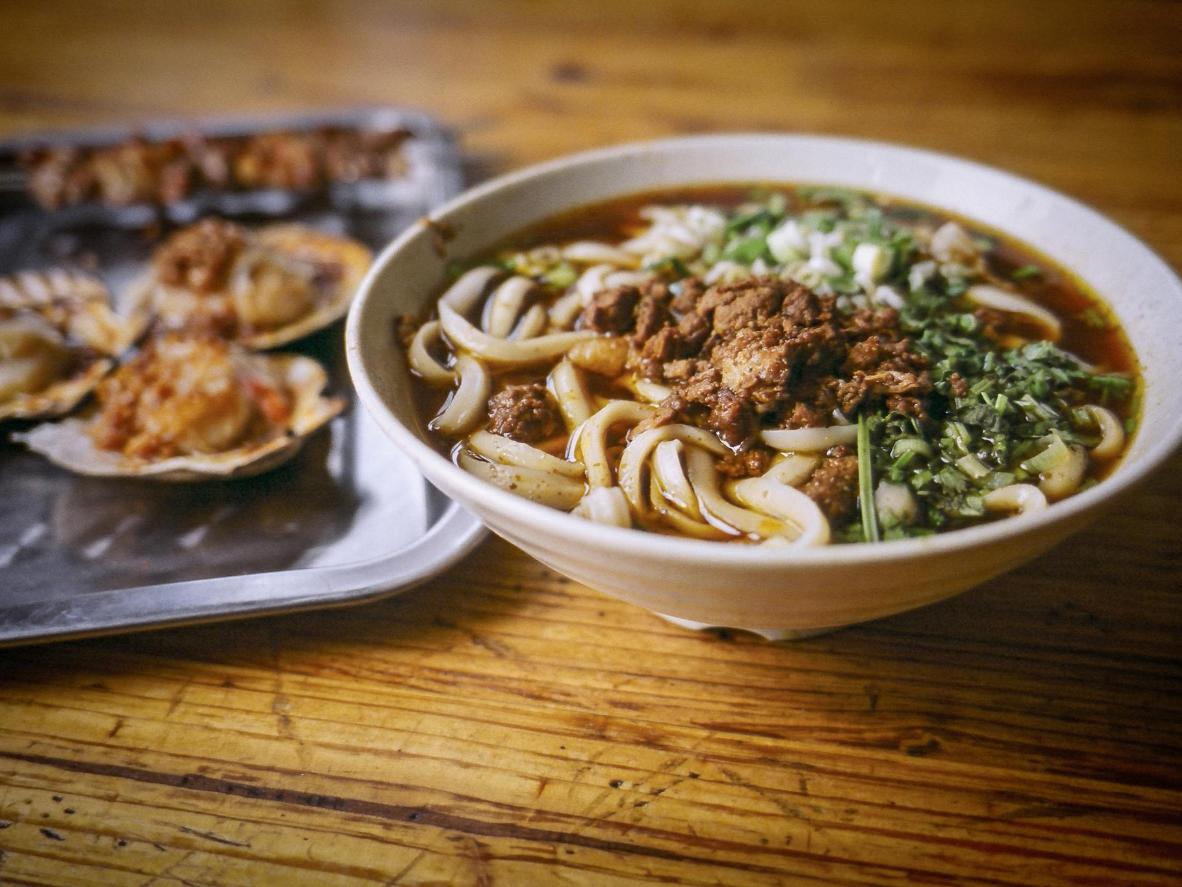 A marvel as much because of how they’re made as how they taste, knife-cut noodles in China are a hit both for the visual senses as well as your tastebuds. Noodle-makers hold a large block of dough above a pot of boiling water at a 30-degree angle, and using a specifically-designed knife, shave the dough directly into the water. It’s legendary skill that takes years to master, but the knife-cut noodle dish itself is what you’ll want to be focusing on. Stir-fried with garlic, shiitake mushrooms, chili, ground pork, Shaoxing wine and a host of soy sauce being just one variation, you’ll knock this dish back in a matter of moments. Jinyang Restaurant in Beijing is a popular choice to try these, and The Orchid Hotel an equally popular place to stay.