Remote islands, treehouses in the jungle and Swiss mountain towns; there are plenty of places where you can escape the pressure of another New Year’s Eve countdown. 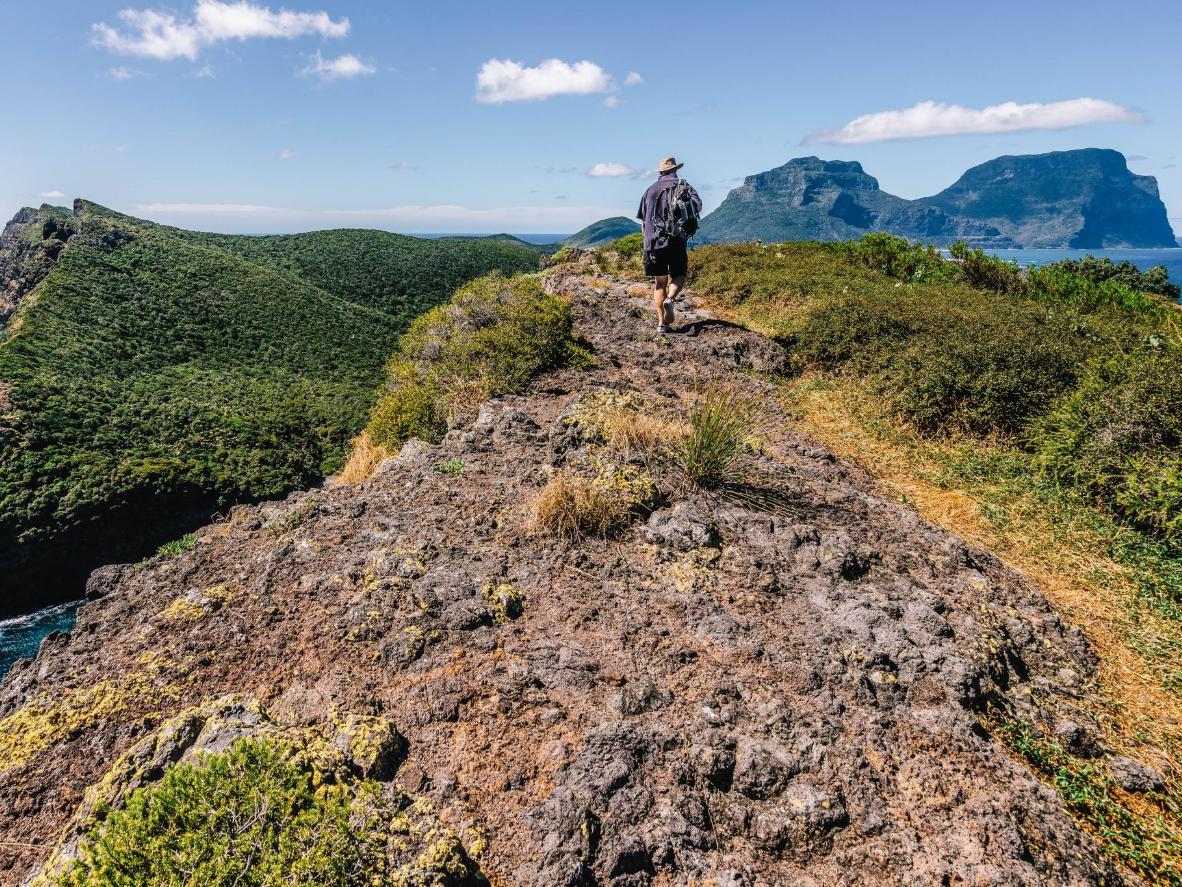 A crescent-shaped, volcanic island with slow internet access, no cars, no TVs and only 400 people allowed to visit at any one time, Lord Howe Island provides plenty of respite from the pressure of New Year’s Eve. And it’s only 2 hours’ flight from Sydney. Hike up the island’s tallest peak, Mount Gower, for 360 degree views of giant Banyan trees and Kentia palms, and curved, glowing-white sandy beaches. You can also snorkel in the world’s most southerly coral reef, containing an array of species so diverse it’s been compared to the Galapagos. The stargazing is phenomenal here and the island is one of the first places in the world to see the sun on New Year’s Day, so you’ll be tempted to stay up or rise early to watch the sunrise. Stay at Beachcomber Lodge, just 8-minutes’ walk from the beach. 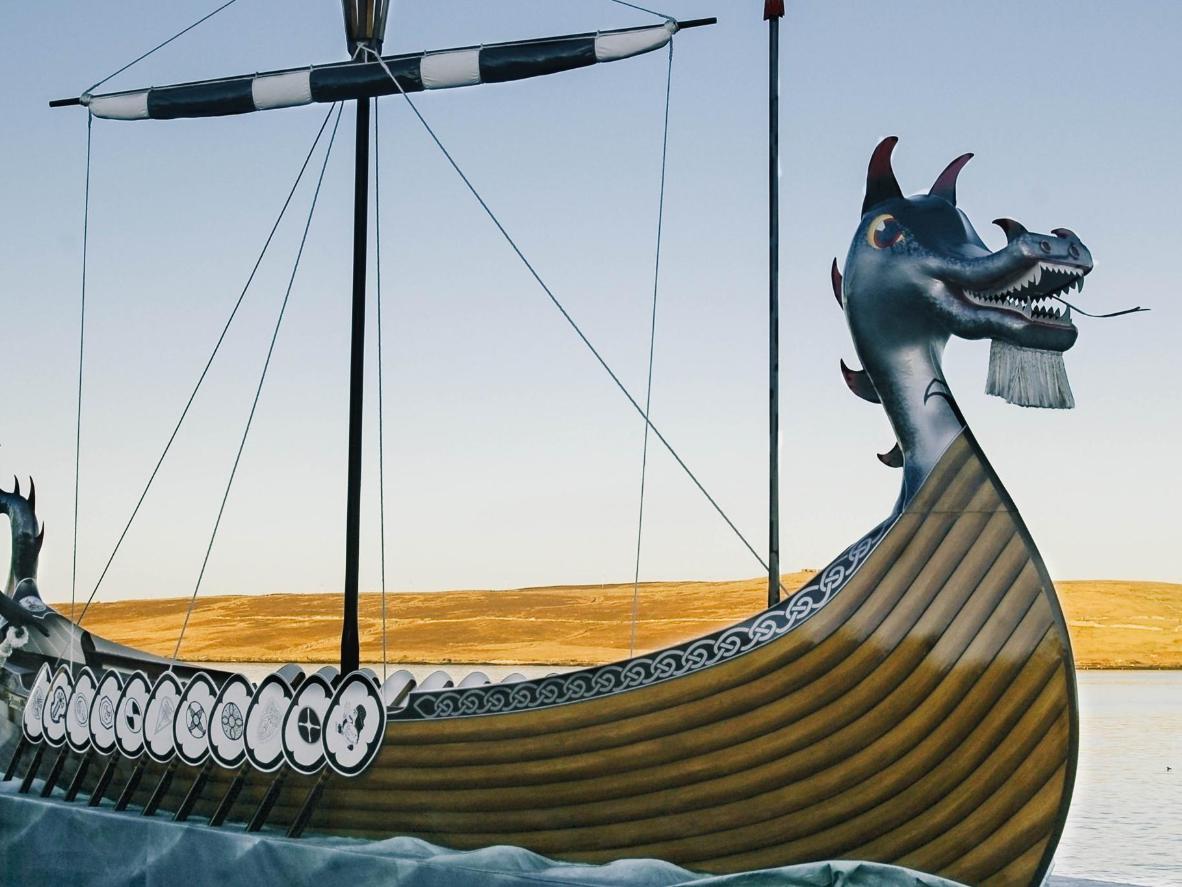 Join in the local equivalent of New Year’s Eve, Up Helly Aa, or head out on a remote hike on the Shetland Islands

Shetland Islanders are refreshingly oblivious to the anti-climax of New Year’s Eve because they have another – arguably better – celebration, Up Helly Aa. At the end of January, this remote archipelago off the coast of Scotland hosts a fire festival to mark the end of Yuletide, culminating with a crowd dressed in Norse costume setting fire to a replica Viking longship with flaming torches. But if you don’t want an alternative NYE and simply need to escape, the remoteness of the Shetland Islands makes them ideal for that too. Forget about the dreaded countdown by hiking the Shetland landscape of glacial rock formations, sea stacks, storm beaches and Britain’s second-highest sea cliff. Pack your own picnics for hiking days out at Fort Charlotte Self Catering, the most highly rated accommodation on the islands. 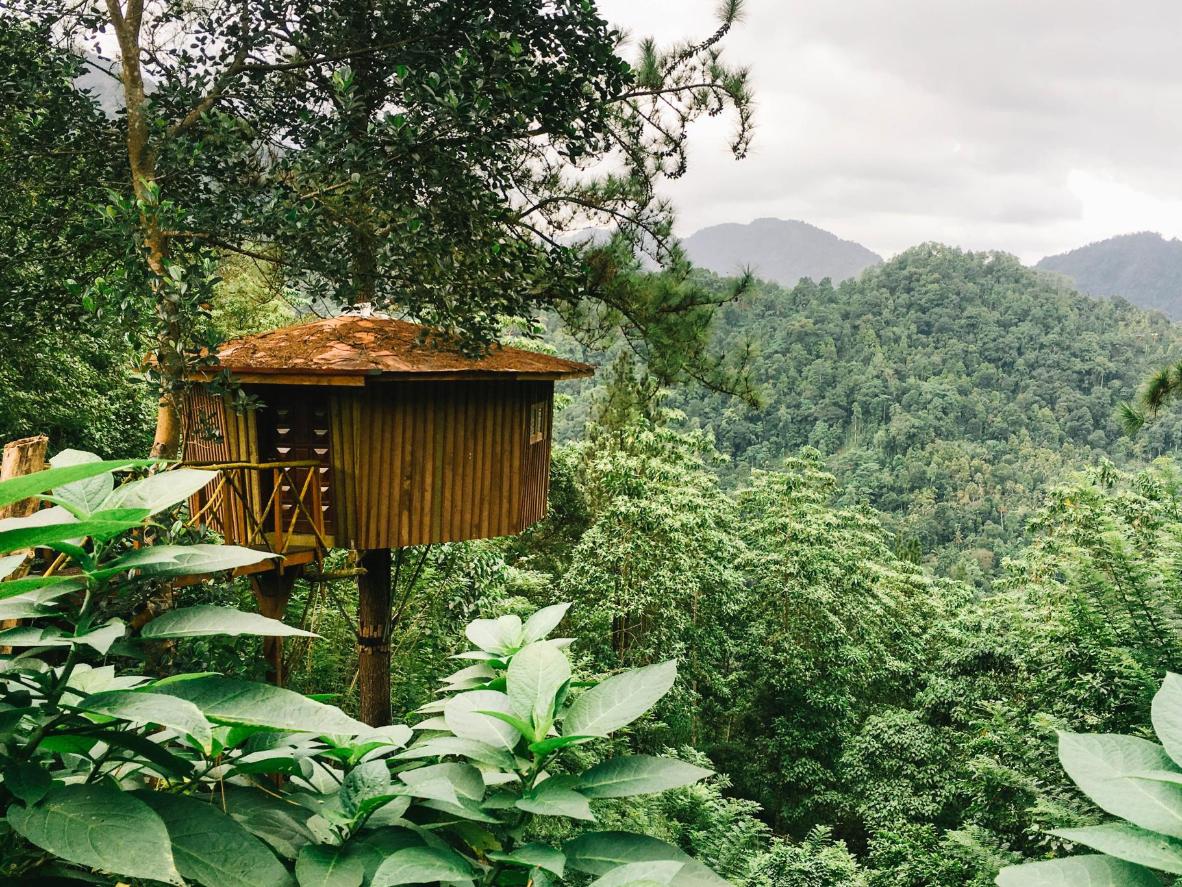 Stay in a tree house in the Sri Lankan rainforest

Celebrating New Year’s Eve isn’t a local tradition in Sri Lanka and while there are some beach parties and fireworks planned for tourists along the coast, if you head inland you’ll be leaving all that behind. Staying in the Tree House in Ginigathena, you’ll wake up to views of nothing but misty rainforest, mountains and waterfalls, yet still have the luxury of crisp, white linen. If you feel like marking the occasion, have a New Year’s Eve dinner on the balcony of your hut suspended in the treetops, or ignore the countdown in favour of an early Sri Lankan breakfast spread on New Year’s Day. 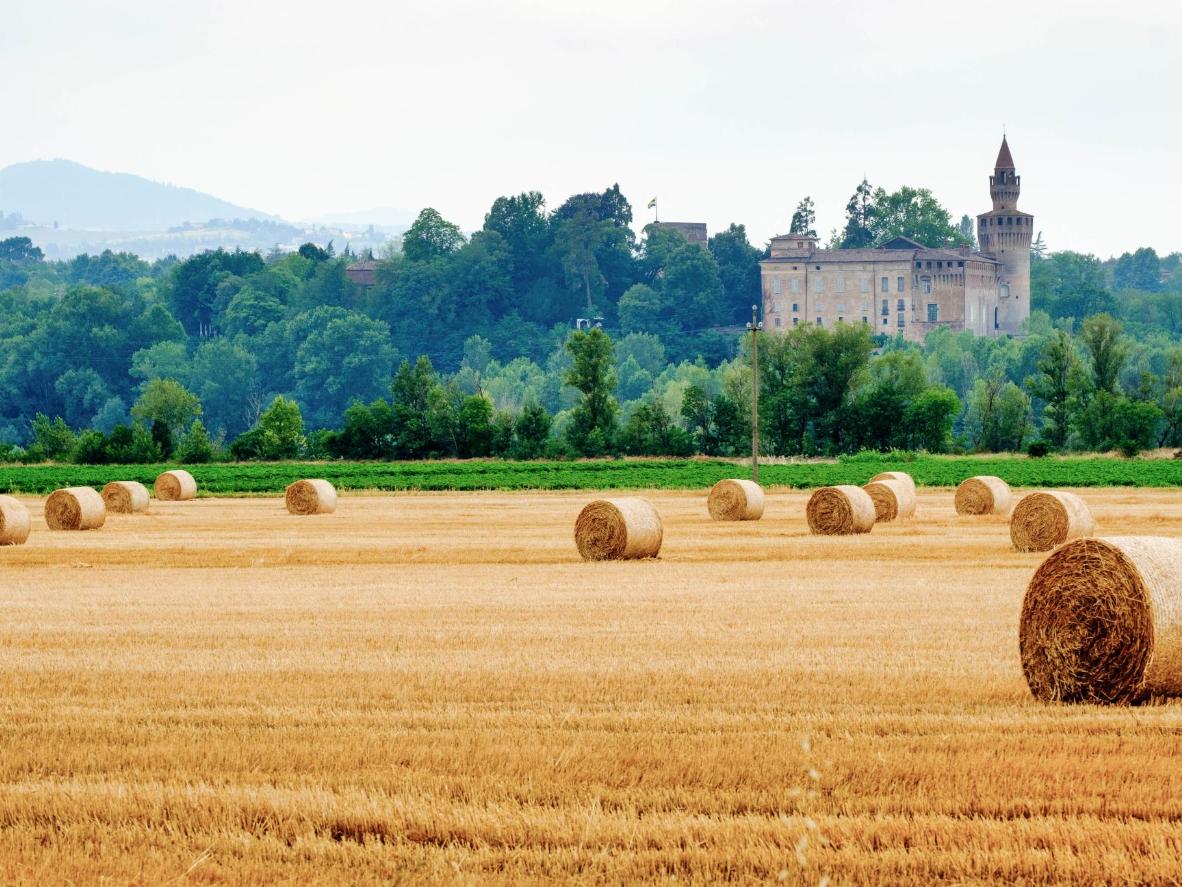 Drunken and rowdy revellers will be a distant memory for those spending New Year’s Eve in the remote Italian village of Rivalta Trebbia. The main draw is the quiet; no cars are allowed in the historic, cobbled alleyways around the 11th-century Rivalta Castle. The village sits astride the River Trebbia, a jade-green river that winds through the valley of the same name, creating canyons between the pine- and chestnut-covered mountains. On the banks of the river and facing the castle, with its weathered watchtower reflecting on the water, the Residenza Torre di San Martino is a very special place to welcome the new year. 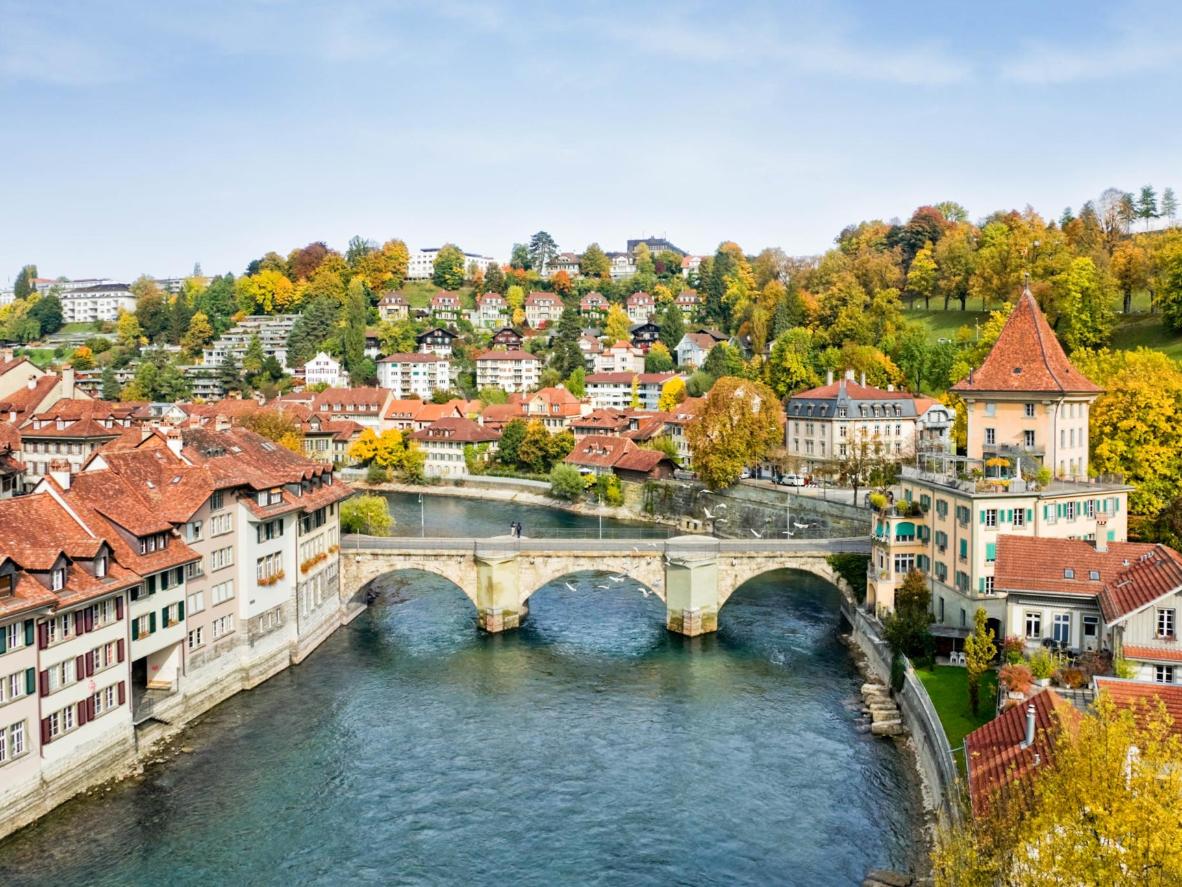 New Year’s Eve is not a big deal in this medieval, Swiss mountain town

The capital of Switzerland is surprisingly empty on New Year’s Eve. It’s not your conventional capital, meaning it feels more like a provincial town with its cobbled streets, red tiled roofs, sandstone arcades and other medieval architectural features. Which may be why it doesn’t attract hedonistic visitors keen to see out the previous year with a bang. Speaking of bangs, there are fireworks set off from a nearby mountain called the Gurten and watching them over the snow in the distance as the clock strikes twelve feels pretty special. Stay at Hotel Alpenblick, in a peaceful but central neighbourhood. 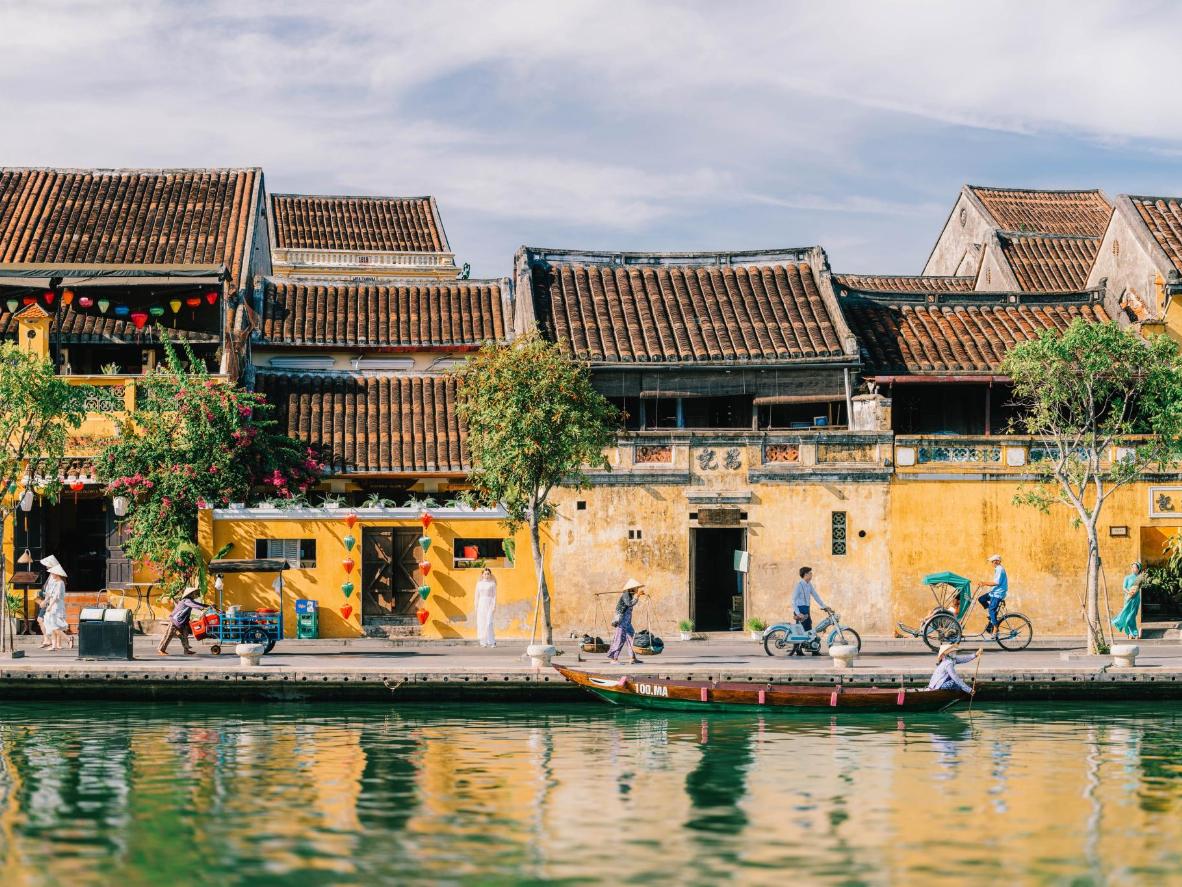 Vietnam has its own New Year – Tết – which is celebrated around the end of January. So if you’re looking to escape revelry at the start of the month, you’ve come to the right place. This well-preserved, ancient town is set at the mouth of a river and a few minutes cycle from the beach, with yellow-painted pagodas, canals, and paper lanterns hanging from the eaves of every building. Stay in your own beachside hut at Red Flower Cottages Homestay, and spend New Year’s Eve sipping mint and pineapple cocktails on your private patio.